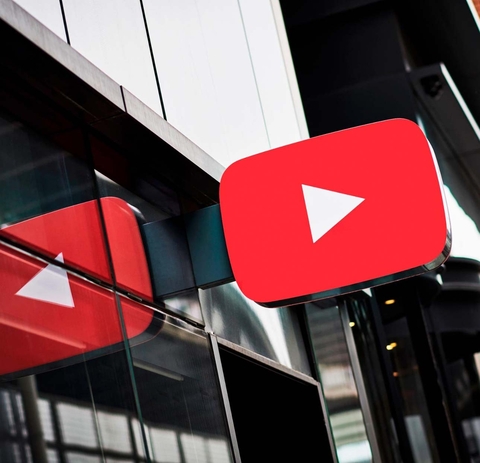 YouTube and its parent company Google are being sued by several LGBTQ+ social media stars, who allege the company discriminated against them when it restricted their content from making money and limited its distribution.

The lawsuit, filed late Tuesday in a federal court in California, claims LGBTQ+ users are being subjected to "unlawful content regulation, distribution, and monetization practices that stigmatize, restrict, block, demonetize, and financially harm the LGBTQ+ Plaintiffs and the greater LGBTQ+ Community."

Creators can earn money directly from the ads running on their videos but in recent years, some LGBTQ+ people have expressed concern about their videos being cut off from earning ad revenue and becoming age restricted. When a video is age restricted, it won't be seen by users under 18 and creators can't make money from it. Those videos also can be harder for new viewers to find.

Alex Joseph, a spokesperson for YouTube, told CNN Business in a statement that all content on its site is subject to the same policies.

"Our policies have no notion of sexual orientation or gender identity and our systems do not restrict or demonetize videos based on these factors or the inclusion of terms like 'gay' or 'transgender,'" he said.

Peter Obstler, a partner at law firm Browne George Ross who is the lead attorney for the plaintiffs in the suit, said YouTube is "essential" for his clients to get their message and content out.

Plaintiffs in the lawsuit include YouTube creators Bria Kam, Chrissy Chambers, Chase Ross, Brett Somers and Lindsay Amer, and a company that produces an LGBTQ+ news show called "GNews!" that claims it submitted an ad, which YouTube said wasn't allowed to run. The lawsuit is seeking class-action status.

The lawsuit also claims YouTube denied an LGBTQ+ news show the right to advertise and thereby increase its viewership on the platform. According to the lawsuit, Divino Group — the company behind GlitterBombTV.com's "GNews!" show — was not allowed to run an ad to promote a Christmas holiday video.

Divino escalated the situation to a customer service employee, according to the suit.

"A person identified as an 'expert' and senior supervisor, expressly informed the consumer that the ad was being denied because the video it was promoting contained 'shocking' and 'sexually explicit' content solely because the consumer was 'gay' and that 'company policy' deemed LGBTQ+ content as shocking and 'sexually explicit,'" the lawsuit states.

In an audio recording of the Google AdSense customer service exchange obtained by CNN Business from the plaintiffs' lawyer Obstler, the representative tells Divino the major reason the ad was disapproved was "because of the gay thing."

According to the lawsuit, YouTube apologized to Divino for what they said was a "misunderstanding" and eventually agreed to run the ad. However, this happened more than three weeks after the Christmas holiday had passed.

The law firm behind the lawsuit is also involved in a separate case against YouTube in which a conservative group, PragerU, claims the platform unlawfully censored its educational videos. The first version of the lawsuit was thrown out by a judge last year. YouTube declined to comment.

Tensions between YouTube and some members of the LGBTQ+ community have repeatedly surfaced in recent years.

Earlier this year, transgender creators on YouTube expressed concern to CNN Business that some of their trans-related content, such as sexual education videos, have been limited from making ad money or made age restricted. Many said they're frustrated with YouTube's lack of transparency around why their videos are being demonetized.

At the time, YouTube told CNN Business: "We're proud of the incredible LGBTQ+ voices on our platform and take concerns like these very seriously."