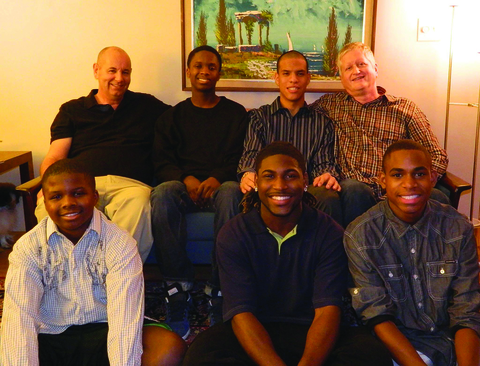 Taking to the pulpit September 11, Rev. Greg Stewart will be serving as the interim minister at First Unitarian Church (1UC) of Oklahoma City, the Unitarian Universalist Church in OKC. A good part of his ministry, he says, has been to work with children, youth and families – but that can be a hard thing to do when you are a member of the lesbian, gay, bisexual and transgender community.

“I interviewed with other churches, and as soon as they heard I was gay, they would stop asking questions or hang up the phone mid-interview, Rev. Stewart says about his moves from Nebraska, to Washington D.C., to Oklahoma. “Doors were closing in the more traditional denominations.” But when he got in contact with 1UC, they said about his sexual orientation, “‘Yeah, so what? You want the job or not?’”

Stewart and his husband Stillman have been a couple for 36 years, but married in California in 2008. He explains that there was an envelope of time when about 18,000 couples got married legally just before Proposition 8 was set forth. Together, they have adopted five at-risk kids.

When they moved to Nebraska, their doors temporarily closed – sparking them to win a lawsuit alongside the ACLU and two other couples regarding gay adoption in the state. They overturned the ban in place since 1995 and were successful in 2014. “We didn’t think it was fair,” he says simply. 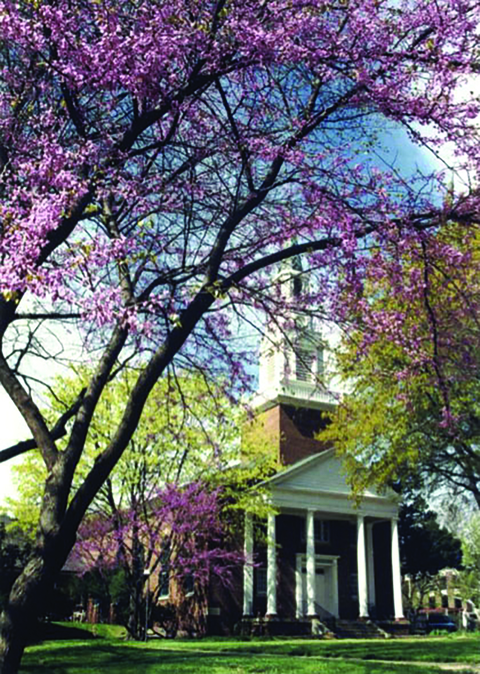 Their oldest, Arthur, is 23 now and was adopted by the Stewarts at age 7. He had been through 14 previous foster homes and three failed adoptions, where he was abused and neglected throughout his life. Like all the others (save for the youngest), he came to the family with a born addiction to cocaine.

Biological brothers Javonte, 22, and Dionte, 21, both remain in Lincoln, Nebraska, where they work and go to school. “When the brothers came to us at 4 and 6, they were both still in diapers. They never learned how to use eating utensils and ate with their hands. They didn’t know when their birthdays were, never got anything for Christmas,” Stewart says.

Allen, their other 21-year-old, currently resides in Wyoming as he moves Westward to San Francisco. For the first six months of his life, he was never held nor picked up. But as Stewart says about each of his children, “We didn’t save these kids. These kids saved us.”

Their youngest child is David, who is 16 now and living with the couple at home alongside their oldest son. David came to the Stewarts at 2.5 weeks old, and they fought long and hard for his adoption. “They [his biological family members] told us flat-out that they didn’t want him, but the last thing they wanted for him was to be raised by homosexuals.”

But in clear contrast to the hate and discrimination that this pastor has witnessed, his short time in Oklahoma City has so far been incredibly welcoming. He hopes that in his two-year interim he will be able to help the church recover their sense of mission and purpose, with an outward focus into the community.

“I can’t say enough to the sense of compassion and conviction that our world needs, to the kind of people in churches that are able to say ‘yes’ when others say ‘no’, that desire members who often live on the margins for whatever reason. They are inclusive to a fault – it’s the kind of place we hope to see modeled everywhere,” Stewart says.

Rev. Stewart’s first sermon will take place on September 11, 2016. His services at 1UC are on Sundays at 11 a.m. OKC Youth United, an LGBTQ youth group for ages 14-20, also meets at the church every Thursday from 6-8 p.m., welcoming “all genders and sexual orientations and allies from the OKC metropolitan area.”

1UC is holding their annual outdoor music festival on the first Saturday of September. For more information or to contact the church, visit www.1UC.org.