All you need is love: Emotional and mental well-being of black LGBTQ 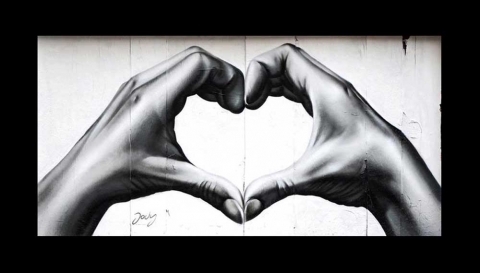 An affirming community is important for the emotional and mental health of black LGBTQ people. File photo.

It has become obvious to me that an affirming community is important for the emotional and mental health of black LGBTQ people. If the black LGBTQ feel acceptance from their black community members they are more likely to have high self-esteem and want to live an open and fulfilling life.

My bachelor’s degree in Community Health and my sorority’s emotional health program has allowed me to research a lot about emotional and mental health as well as my experience and conversations with various members of the black LGBTQ community. Throughout the years, this has allowed me to draw certain conclusions about the factors that contribute to the happiness and mental well-being of black LGBTQ people.

Recently, I asked one of my black gay male friends if they had an affirming family growing up and if that affected them feeling comfortable being out. Anonymously, he said that his parents were very vocal against gay people and that he had grown up knowing not to ever mention that he was gay to them. They did not create a welcoming environment and actually were quite hostile towards the LGBTQ community – even using anti-gay slurs. He said that this led him to believe that he was a bad person and eventually he learned to hate himself.

His parents cited religious reasons for disliking gay people and their behaviors and that they were doomed to hell. He remained in the closet until he was in his early thirties. After coming out, his parents said that they hate the sin of homosexuality but love him.

That’s the typical response of un-affirming Christians - “hate the sin and love the sinner.” He does not feel that he will ever be able to bring a boyfriend around his family and, perhaps for this reason, chooses not to date much and says that he is asexual (without sexual feelings or associations). I often wonder if he unconsciously developed asexuality.

This man has, very unfortunately, participated in self-harming behaviors such as cutting and alcohol abuse to numb the emotional pain. He is agnostic (a person who is unsure if a God exists) and said that the hypocrisy of Christian followers is what bothers him the most about Christianity. Currently he attends a LGBTQ affirming multi-cultural church and enjoys the social aspect of church.

According to the CDC (Centers for Disease Control), having a positive social life around affirming individuals leads to positive mental health and without these positive influences can lead to depression, bipolar disorder and anxiety.

I asked the same questions to another gay black male friend of mine and his experience was totally different. His mom and family were affirming of his sexuality. In fact, his mom came to him when he was ten years old and told him that she knew that he liked boys and that she was okay with that.

He didn’t quite know how to handle that because, at 10, he wasn’t thinking about dating. He later realized how important her conversation was because he could always come to her for relationship advice and never felt afraid to do so. His mom even told her brothers, sisters, and parents that they were to never disrespect his sexuality. She laid the loving foundation that he needed and I think that is amazing!

Black LGBTQ people have greater opportunities to have good emotional and mental health when those around them affirm their sexuality and/or gender identity. Why wouldn’t you want your family member to be the happiest person they could be? When the world is against you, your family should protect, embrace and uplift you.