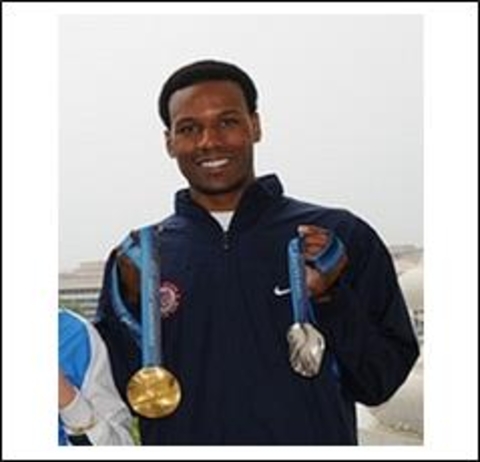 Sochi, Russia (AP) — What a stunning sight: Shani Davis gliding around the speedskating oval, head down in defeat, staring glumly at the ice.

For the U.S. Olympic team, it's becoming more and more common.

One after another, some of the biggest American stars have wiped out in sunny Sochi.

From Bode Miller and Julia Mancuso to Shaun White and Sarah Hendrickson, this is hardly shaping up as an Olympics to remember for the U.S. team.

Davis was just the latest to falter, finishing eighth Wednesday in the 1,000 meters, a race he won at the last two Winter Games.

He was hoping to become the first male speedskater to pull off a three-peat. He didn't come close, fading badly after a quicker-than-expected start.

"I have to live with this for the rest of my life," Davis said. "I can't let it get me down, because I have other races to skate, but I'm pretty sad about it."

He's got plenty of company.

Miller faltered in the men's downhill. Mancuso, after getting a surprise bronze in the super combined, failed to medal in the women's downhill, her best discipline. White dropped out of one event and joined Davis in failing to even win a medal in another, the halfpipe, he owned at the last two games. Hendrickson never had a chance after undergoing major knee surgery six months ago.

"It's a bummer," White said of his defeat.

He could've been speaking for much of the American team after five full days of competition.

The U.S., which led the overall medals table at the 2010 Vancouver Games with 37, was fourth in the standings with nine as of Wednesday, trailing Norway, Canada and the Netherlands. Four of the American medals have come in snowboarding, including gold for Kaitlyn Farrington and bronze for Kelly Clark in the halfpipe on Wednesday night.

But they are hardly household names back home.

Scott Blackmun, CEO of the U.S. Olympic Committee, said it's far too early to push the panic button.

"Whenever we start predicting medals, we get way off track," he told The Associated Press. "Our job is to make sure the athletes are prepared. What we can control is: Are they ready to compete? I can unequivocally say we're ready to compete. And don't forget there's almost two full weeks left."

Clearly, though, things haven't gone according to the best-laid plans.

On Wednesday, the U.S. women's hockey team lost to bitter rival Canads 3-2 in a tense preview of the expected gold-medal match. The defeat didn't matter all that much in the grand scheme — the countries will likely meet again in the final — but it seemed to fit the theme of yet another American squad coming up short, for whatever reason.

In the women's downhill, Mancuso settled for a disappointing eighth-place finish, and no one else was even close for the Americans. Just last season, every member of the women's speed team had a podium result.

In cross-country skiing, usually an afterthought for the Americans, Kikkan Randall was thought to be a serious medal contender in the women's freestyle sprint. She didn't even get out of her quarterfinal heat Tuesday, passed by no less than three skiers on the final straight.

"Just to come in the games as a gold-medal contender was incredible," Randall said. "I wish I would have been able to fight for that in a few more rounds."

The curlers were struggling, too. The women lost their first four matches and likely needed to win their remaining five round-robin games to have any shot at qualifying for the semifinals. The men were 1-2 after beating Denmark 9-5 on Wednesday, keeping alive their hopes of advancing.

"We are going to stay upbeat whatever happens," U.S. women's skip Erika Brown said. "We worked really hard to be here. We are doing our best out there and we'll keep fighting."

In the new sport of women's ski jumping, the Americans would've been heavy favorites for gold if Hendrickson had been healthy. But the 19-year-old world champion had surgery on her right knee in August, and it was apparent after her first training jump that she had not fully recovered. She wound up 21st out of 30 starters, her only consolation having the honor of jumping first in the historic final.

"My performance was not the best," she said, "but I kind of expected it."

At least Hendrickson made it to Sochi.

Two of the most notable U.S. Olympians were left at home.

Skier Lindsay Vonn — THE face of the pre-Olympic marketing push in the States — and defending men's figure skating champion Evan Lysacek were unable to compete in Sochi because of injuries.

Blackmun is pleased with those who did make it.