Americans have diverse views on symbols of country 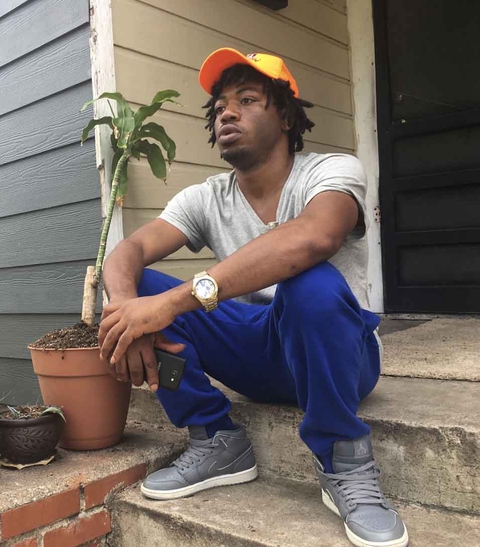 Joseph Smith, an Army veteran, says he was not offended by NFL players protesting the national anthem. Russell Contreras, AP.

Freedmen's Town, Texas (AP) — When Afghanistan War veteran Joseph Smith saw NFL players take a knee or raise a fist during the playing of the national anthem last month, he wasn't offended — he was proud. Where some saw it as disrespectful, he saw it as patriotic.

"It's not an insult against the flag. It's a stand up of your beliefs," said Smith, 32, a black community activist in Houston's historic Freedmen's Town, a neighborhood settled by emancipated slaves after the Civil War. 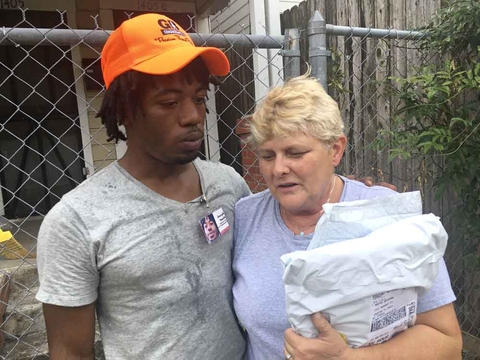 A silent protest against police brutality, started last year by then-San Francisco 49ers quarterback Colin Kaepernick, has evolved into a statement about patriotism and the nation's symbols, drawing some heated responses — including from President Donald Trump, who referred to an NFL player making a gesture during "The Star-Spangled Banner" as a "son of a bitch" who should be fired.

But for some people of color, patriotism goes beyond standing up for an anthem or a pledge and encompasses many feelings — including protest. Criticism of that expression of patriotism, they say, is sometimes cloaked in racism.

After Trump criticized the protests, more than 200 NFL players and some team owners took part in a variety of gestures during the playing of the national anthem before games. Some locked arms while others took a knee or raised fists.

The protests were more muted this past weekend, though Kansas City Chiefs defensive back Marcus Peters sat during the anthem on Monday night. Several University of New Mexico players also kneeled during the national anthem last week.

An AP-NORC poll conducted Sept. 28-Oct. 2 found that a majority of Americans think refusing to stand for the national anthem is disrespectful to the country, the military, and the American flag — and a majority also disapprove of Trump calling for NFL owners to fire players who refuse to stand.

"It doesn't matter if you stand, put your hand on your heart, raise a fist or give the flag the finger," said Jasyn Johnson, 38. "What matters are your actions as a man when no one else is looking."

Johnson said the recent controversies won't influence his public displays of patriotism. At times, he has not stood for the Pledge of Allegiance at his daughter's elementary school events, while other times he has.

Eugene Gu, 31, a surgical resident at Vanderbilt University in Nashville, Tennessee, posted a picture of himself on social media taking a knee in solidarity with the athletes' protests. He got backlash and supportive responses. Some questioned how he, as an Asian-American, could have become a doctor if America was so racist. Others went as far as telling him to leave the country.

"The response I got is something that a lot of minorities get," said Gu, who is American-born of Chinese and Korean descent.

There have been many examples of diverse patriotic expressions.

Earlier this month, the school board in Las Cruces, New Mexico, announced that the Pledge of Allegiance would be recited in both English and Spanish at all school board meetings since the school district has a number of Spanish-speaking students. Las Cruces is following the lead of New Mexico districts in Albuquerque and Santa Fe, where the pledge has been recited for years in both languages at public meetings.

And last year, a Native American female student at a Lower Lake, California, high school had a grade docked by a teacher when the student refused to stand for the Pledge of Allegiance. The superintendent said the student's free speech rights were violated.

People should think about what it means to be patriotic, said Soya Jung, senior partner at ChangeLab, an Oakland, California-based think tank that studies demographic change in the United States.

"I think the question for everyone, regardless of race, is patriotism in service to who," she said. "Is it just blind acquiescence to the rich and powerful and what they say it is? Or do we, the people, have a say in what patriotism is?"