"Angels In America" star opens up about his sexuality 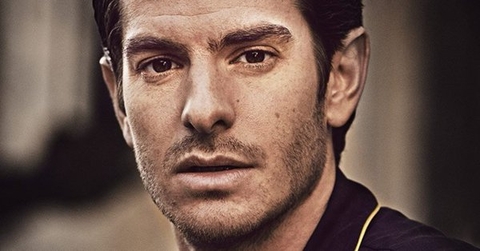 (AP) The British actor sparked controversy last year when he said he was a “gay man right now, just without the physical act.” Though he later clarified that his remarks were taken out of context.

Garfield is set to star as Prior Walter, a gay man living with AIDS, when the seminal play Angels In America touches down on Broadway for an 18-week engagement following a celebrated inaugural run in London.

“Up until this point, I’ve only been sexually attracted to women,” Garfield told Out. “My stance toward life, though, is that I always try to surrender to the mystery of not being in charge. I think most people — we’re intrinsically trying to control our experience here, and manage it, and put walls around what we are and who we are.”

He added: “I want to know as much of the garden as possible before I pass — I have an openness to any impulses that may arise within me at any time,” he continued.

Garfield has previously revealed that he extensively researched the Angels in America role with the help of gay friends by diving into the community and culture. He said he “wore out” the DVD of the HBO miniseries adaptation, and binge-watched RuPaul’s Drag Race, which he declared the best show on TV.

“I’m in a privileged position, and I want to keep listening, and learning as much as I possibly can. I want to be a part of the world spinning forward as much as anyone else,” he said.

As for last year’s poorly received comments, the Hacksaw Ridge actor has become more careful with his language.

“I think part of what I was trying to say was about inclusion, and about that openness to my impulses,” he said.