Are jokesters screwing up our data on gay teenagers? 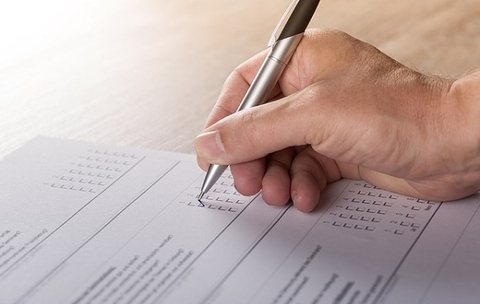 (THE CONVERSATION) Teens are mischievous, not to be trusted. You’ve probably heard the trope before – maybe you even believe it yourself. But is the stereotype now warping our trust of scientific results?

Surveys can help researchers better understand the lives of teens, but skeptics argue that youth are often dishonest and that the results cannot be trusted.

This idea led into a study published a few years ago, which called into question over a decade of research on the health and well-being of lesbian, gay and bisexual (LGB) youth.

In a new study, we challenged this idea with our own search for jokesters in this data. We discovered that more than 98 percent of youth told the truth on self-report surveys. We also found that LGB youth were not any more likely than heterosexual youth to provide mischievous responses.

The National Longitudinal Study of Adolescent to Adult Health (Add Health) is one of the largest U.S. studies following youth into adulthood. Add Health was the first national study in the U.S. to include questions identifying same-sex attracted youth and their disproportionate risk for poor mental health.

Because it was the only national study to include these data, it was instrumental for science about youth sexual development, and launched the current body of science that documents mental and behavioral health risk for gay youth.

The data were used in studies that were among the first to show that LGB teens are at greater risk for poor mental health, greater substance use, strained parental relationships and a lack of school belonging. These experiences disproportionately undermine positive development for LGB youth.

A controversial article, published in 2014, argued that these findings may be the result of some number of youth responding mischievously to surveys about themselves.

Other studies suggest that youth might intentionally misreport outlandish behaviors, like never having sex but being a parent to three children. Teens have claimed to have strange characteristics, like the lowest percentile for weight and the highest for height. Others falsely report their romantic attractions and sexual identities. All this could lead to biased results that overestimates problematic outcomes.

If some jokesters are pretending to be gay, their false reports would overestimate – or even invalidate – findings related to elevated risk for LGB youth. After the study claiming Add Health data may have been contaminated was published, we noticed that peer reviewers started to express skepticism of the data in other research articles on sexual minorities.

What’s more, the Add Health results have been important for establishing the need for policies and programs to support LGB youth. The comment on jokesters discouraged others from using or publishing the data, and thus from producing knowledge to inform programs, policies and practices to promote LGB youth health.

The argument that jokesters marred the Add Health data received quite a bit of scientific and media attention, but there have been no specific studies to test those assertions.

First, we compared teenagers’ responses to those of their parents, who were also questioned in Add Health. If we identified glaring inconsistencies – like being adopted or having a false limb – then those responses were flagged.

Second, we calculated the statistical likelihood of 10 low-frequency traits, such as having two or more pregnancies or children, or being involved in two or more stabbings or shootings in the past year. If there was an improbable number of these responses, then those youth were more likely to be mischievous.

Consistent with other prior studies that investigate mischievous responding, we found that less than two percent of youth in the Add Health data could be classified as “mischievous.” And we found that same-sex attracted youth were no more or less likely than heterosexual youth to be mischievous.

More importantly, we tested whether accounting for mischief altered longstanding conclusions of LGB youth health and well-being. We did this by replicating previously identified health disparities between heterosexual and LGB youth and tested these differences with and without adjustments for youth’s mischief. Our findings indicated that the risks for LGB youth of poor mental health remained.

The implications of our findings for those who study the health and well-being of gay youth are critical. The evidence of important health disparities is real.

In today’s world, we are confronted with accusations of “fake news” and “alternative facts.” The facts about health risks for LGB youth are important – there are serious disparities that continue to need attention from researchers, policymakers, educators and families.

This article was originally published on The Conversation. Read the original article here: http://theconversation.com/are-jokesters-screwing-up-our-data-on-gay-tee....
_