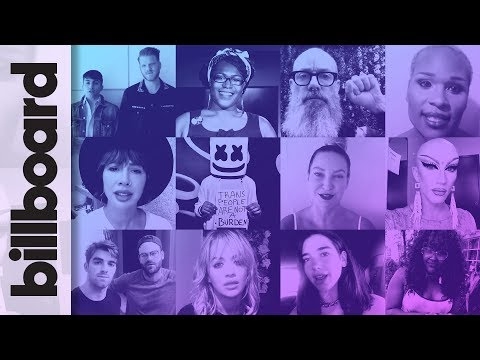 Since President Donald Trump’s announcement of the United States’ Military’s ban on trans enlistees, many have wanted to show their support to trans troops and offer encouragement and hope however they can.

According to Advocate, Billboard Pride and GLAAD recently partnered to send such a message to the trans community (and the world) with the help of encouraging video responses from LGBT+ celebrities and allies.

Other’s add, “This is a fact. And by banning transgender people from opening serving in any capacity in the United States Armed Forces President Donald Trump undercut the efforts of an estimated 15,000 patriotic transgender Americans. Transgender people have served honorably for decades.”

Before releasing the video, Billboardstreamed a Facebook Live performance of Shea Diamond singing her trans anthem “I Am Her” acapella.

The video can be found at Billboard’s website here.
_