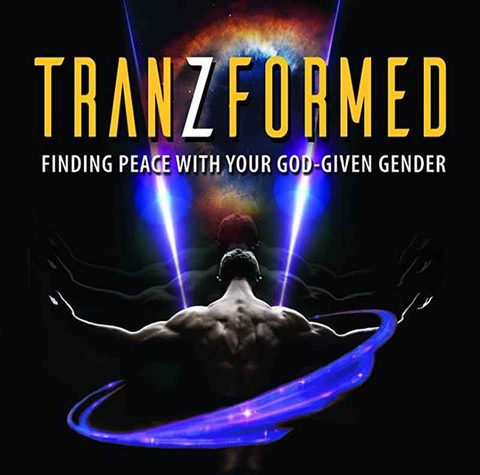 A peaceful demonstration against this outrageous video is being planned.

“I’m a Christian, the mother of a gay son, living in the state of Oklahoma, and I’m saying, ‘Enough is enough’,” said Sara Cunningham an LGBT+ ally/advocate. She was commenting on the planned showing of the video TranZformed: Finding Peace With Your God Given Gender in Oklahoma City.

The video’s website says, “Fifteen ex-transgender individuals join with numerous experts to dispel the confusion and bear witness to what Jesus Christ can do for those who struggle with gender dysphoria.”

The viewing, scheduled for November 3 at Newchurch in north OKC, is sponsored by First Stone Ministries (FSM).

Cunningham is organizing a peaceful demonstration outside of Newchurch, “Because I feel that the film is dangerous. I’m hoping to get a group together, make signs, and show a face of humanity to those passing by or taking their transgender children to this film. I’m prepared to stand alone if I have to.”

FSM’s website says it is, “Leading people In the Body of Christ to freedom from homosexuality and sexual brokenness through Jesus Christ; to reach out to churches, schools, organizations and the general public by providing education, biblical discipleship, support and AIDS ministry.” They make it clear that “sexual brokenness” includes being transgender.

The ministry was one of the founders of Exodus International in 1976. Exodus was an “ex-gay” ministry that practiced conversion “therapy” until its leaders admitted that conversion therapy didn’t work, and closed its doors in 2014. FSM is part of the Restored Hope Network, formed by other ex-gay ministries that left Exodus.

The “experts” that the video cites includes Dr. James Anderson, an associate professor of theology and philosophy at Reformed Theological Seminary in Charlotte, No. Carolina. Although Anderson’s resume includes nothing that suggests he is trained in or knowledgeable about transgender issues, he writes and lectures extensively, giving what he calls “A Christian perspective” on “transgenderism”.

He bases much of his theory on Genesis, which says that god created male and female.

Stephen Black, executive director of FSM, said in a review of the video on Amazon, "This documentary is riveting. The science, the theology, and the testimonies of the many that have come full circle are tremendous! The men and women giving their heartbreaking stories that have gone through transgender reassignment surgeries are filled with hope! I sincerely believe anyone who has a heart of love will be touched by this amazing award-winning documentary.”

Cunningham disagrees, saying, “One person’s opinion of another should not be soul-crushing to another human being and that’s where I have a problem. On my journey coming to terms with [having a gay son] I have become involved in the transgender community. The video harms a community that I have a heart for.”

She says, “I'm planning a peaceful demonstration in front of the church showing this film as I believe it to be harmful to our transgender community and their parents. Please join me and consider making a handheld sign to convey your humanity to those who might drive by or attend such a film.”

Those willing to help make signs for the demonstration are invited to join Cunningham at Expressions Community Center, 2245 NW 39th St., Saturday October 28 from 3:30 to 4:30 p.m.

The demonstration will be at Newchurch, 9201 N. Rockwell, OKC on Friday, November 3rd at 6 p.m. Signs will be provided.

The Gayly placed a call to Black who did not return our call by the time of press.