Data shows schools and communities are failing our trans community 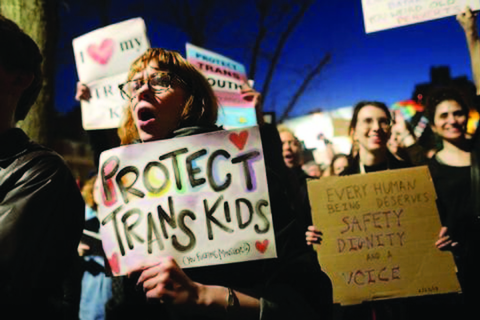 New data from the Centers for Disease Control (CDC) and Prevention confirms what we’ve been hearing from young people for decades: transgender students face many challenges to health and safety, in school and outside of school.

Transgender Day of Visibility is March 31, and it’s time we address these challenges for our transgender youth.

Analysis of the Youth Risk Behavior Surveillance System data found that transgender students are four times as likely to feel unsafe at school as cisgender male and female students and they are twice as likely to have experienced sexual violence as cisgender females are.

Since experiencing violence is a risk factor for substance use, transgender students are also more likely to have used drugs including cocaine, heroin, and methamphetamines.

“This data shows a stark reality for transgender students – too many face toxic environments and overwhelming challenges with little or no support from family, community, and schools. And the Trump Administration is actively making it worse by rolling back protections for transgender young people in schools.

Transgender students should be valued and celebrated for who they are, not treated as outcasts or threats. At home, in school, in government, and at every level of society, we all have work to do to protect trans young people’s safety, dignity, and future.”

“The stakes are incredibly high – we as a society can’t keep failing these young people,” said Debra Hauser, president of Advocates for Youth. “We’ve got to break out of this pattern and ensure that young people have all the tools they need to protect their physical and mental health and to thrive.”