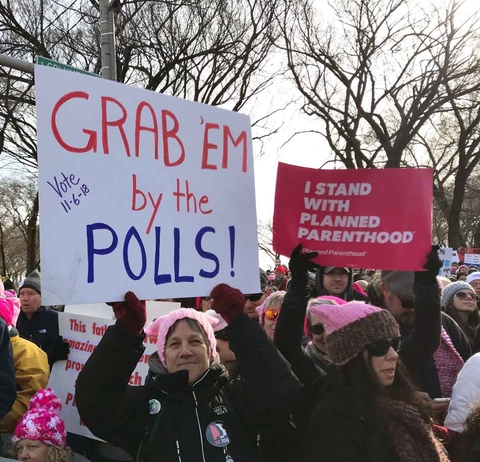 Thousands gather in downtown Chicago to listen to speakers before marching a short distance to Federal Plaza. Bill Kirkos, CNN.

Thousands of demonstrators gathered in cities across the United States Sunday for a second day of Women's Marches, calling for equality and respect while urging supporters to make their voices heard by voting in this year's midterm elections.

Sunday's marches were held one year from the day hundreds of thousands of women, donning pink hats, took to the streets of Washington in a stunning display of resistance to President Donald Trump, whose administration many feared could threaten women's rights.

Related:
One year later, Women's March returns
Over a million turn out worldwide as cities big and small see women's marches
The women’s march and why it happened
Seeing red: 'Day Without a Woman' celebrates female power

Marches were scheduled to take place in Las Vegas, Seattle, Miami, Phoenix and many other cities across the country and around the world.

The demonstrations came one day after hundreds of thousands of men, women and children took to the streets in Washington, New York, Philadelphia, Chicago, Denver, Los Angeles and other cities Saturday on the one-year anniversary of Trump's inauguration. 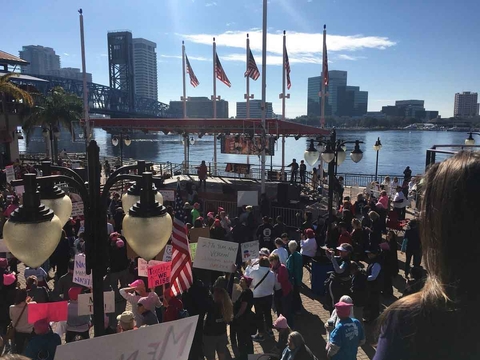 This year, attendees are hoping their voices can generate concrete action at the ballot box.

"Before Trump, I was content to sit back and watch the government just go by me," Heather Tucci from Harford County, Maryland, told CNN on Saturday. "Now I'm not."

Kelley Robinson, Planned Parenthood's national organizing director, told CNN that many of the women who marched last year have been inspired to run for office themselves.

"It's a time where we're not just showing up -- folks are saying that, 'Hey, we actually need to be sitting in those chairs,'" Robinson said. "You know, so everyone who was out in the airports rallying last year and marching in the streets, many of them are now sitting in state legislatures across the country.

"It's a powerful moment that we're in."

But electoral politics were not the only thing on demonstrators' minds. 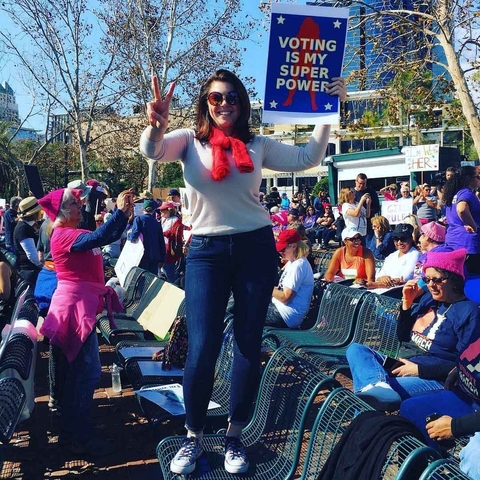 The marches also coincided with the recent #MeToo and Time's Up movements against sexual assault and harassment. Demonstrators, equipped with signs, voiced their support for women's rights and equality and the cultural shift that has rocked numerous industries and communities in the past few months.