The women’s march and why it happened 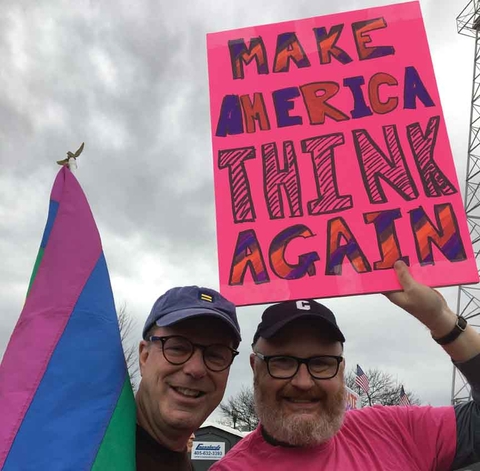 Some of us may be sick of hearing about the Women’s March that happened across the globe in January. Some of us are still excited and fired up by the powerful demonstration. And there are some who just don’t understand why it happened.

In debate with those who disagree with the march’s ideals, I keep hearing that “women are equal” and there was “no reason for the marches.”

Research needs to be done to understand why millions of people marched globally to make a statement about inequality and Trump's presidency.

These anti-LGBTQ bills are going to make it so that the community has limited rights, whether that's medically, getting married or choosing the bathroom that fits their gender expression. Furthermore, Trump’s administration took down the entire page dedicated to the community on the White House website almost immediately.

We are no longer recognized by our leaders. We took a giant step back on the day of inauguration.

Now, let’s look at women. Why did millions of women, both Republicans and Democrats, show up to the march?

For one, some people are tired of hearing Trump’s remarks, both publicly and privately, about how he feels about women and his superiority over them.

Second, the administration is planning to take funding away from Planned Parenthood, which is millions of women and men’s only access to affordable sexual healthcare.

Some women are angry that the government is taking control of their bodies and telling them what they can and cannot do with them.

In fact, female’s bodies are held hostage and a topic of debate in politics pretty often, but when was the last time we saw a legislative act that affected only men’s bodies?

Why are menstrual products taxed when it's something we have no control over? Why are condoms free but birth control isn’t? Why is the woman demonized for having sex, but boys are high-fived? Why, please tell me why, are we paid seventy-nine cents on the dollar for the same hard work?

Our society is not equal. 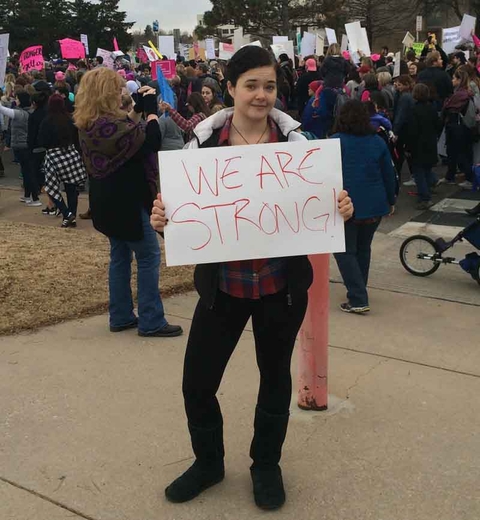 Cammy Eschler marched for her own rights. Photo by Victoria Backle.

Women are often raised to fear, or raised to expect, that we will be assaulted. Often, we are raised to think that our bodies are not our property, but at the mercy of the tip of some stranger’s pen. We are still striving, as hard as our sisters have for a century, to change that.

It’s hard to accept our own privilege, it really is. We walk through this world with our own personal lenses about how it really is.

I still struggle, and probably always will, to accept the fact that I have very different opportunities than some of my black, Hispanic, Muslim or transgender peers. But without realizing my privileges, I cannot be a part of changing them.

For those people who think the march was unnecessary, that women in this country are equal to their male counterparts, I beg you to check your privilege at the door and remove the lens. Although we cannot see the world from another group’s perspective, perhaps for a moment we can share the responsibility of an unkind and imbalanced world.

There is a lot of work to do and it starts with us.