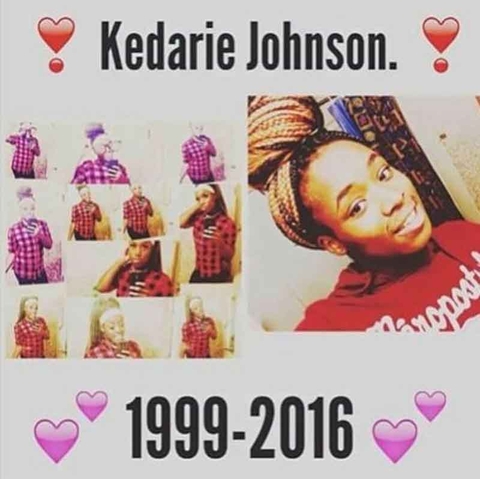 Kedarie Johnson was a gender fluid high school student in Burlington, Iowa. He was shot to death in 2016. In a rare move, the U.S. Department of Justice is sending a top attorney, Christopher Perras, to assist in the prosecution of one of the suspects in the case.

“Johnson, a well-liked junior at Burlington High whose death rocked his small community, did not identify specifically as transgender, his mother Katrina told the [Des Moines] Register. He did enjoy dressing in women’s clothes and sometimes went by Kandicee with friends, but he always used the pronoun ‘he’ and went by Kedarie in most of his daily life,” according to a Register report.

“He had girlfriends, but ‘preferred boys,’ Katrina said.”

Johnson was well liked at his school, and was mourned by classmates, according to coverage by Heavy.com.

Attorney General Jeff Sessions, who as a senator voted against extending hate crime designation to acts committed based on gender identity or sexual orientation, had earlier said that he would aggressively prosecute acts of violence against transgender people.

“Those pledges have been met with skepticism from LGBT advocates, who point to his actions rolling back legal protections,” reported the Associated Press.

“This month alone, Sessions said the Justice Department no longer considers transgender people shielded from workplace discrimination under federal law, and he issued sweeping guidance on protecting religious freedom that undercuts protections for LGBT people. During his first month in office, he rescinded an Obama administration directive advising schools to let transgender students use the bathroom of their choice.”

Perras, from the DOJ civil rights division, will serve as a county prosecutor in the case.

“He has been involved in other hate crimes prosecutions, including that of an Iowa man convicted of stomping and kicking an African-American man in a racially targeted attack. He has also prosecuted several cases against law enforcement officers accused of civil rights violations,” reported the AP.

“The Justice Department rarely assigns its lawyers to serve as local prosecutors, and only in cases in which they can provide expertise in areas that the federal government views as significant. By doing so in this instance, Mr. Sessions put the weight of the government behind a small-city murder case with overtones of gender identity and sexuality,” the New York Times reported.