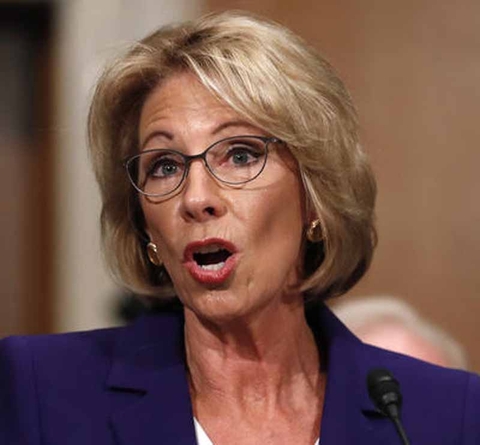 Critics of voucher programs fear that private schools may discriminate against students based on sexual orientation, gender identity, religion or disability.

DeVos was asked during a Senate budget hearing on Tuesday whether such discrimination will be allowed. DeVos says: "Schools that receive federal funds must follow federal law, period."

But Sen. Jeff Merkley, a Democrat from Oregon, says federal law is unsettled on LGBT discrimination and pressed DeVos to elaborate. DeVos said that issue will be for Congress and the Supreme Court to settle.