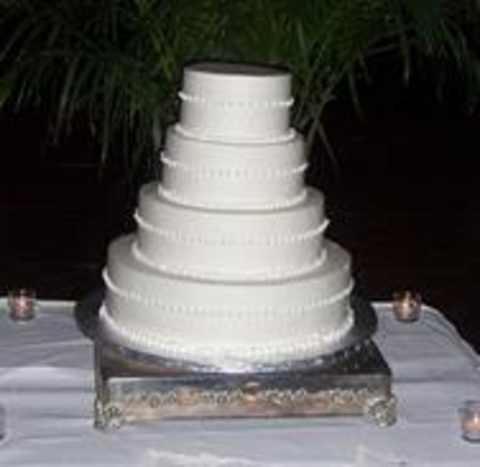 My husband-to-be and I must have missed something when we were planning our wedding. Our wedding was in Council Bluffs, Iowa, just across the Missouri River from Omaha. So I called up a prominent wedding cake shop in Omaha and said I wanted a wedding cake. I told their representative that this was for a same-sex couple, would that be a problem. The response was gratifying: “We LOVE our gay couples!”

We had no idea that, in Jeff Sessions’ Department of Justice’s opinion anyway, we were asking the baker to create protected speech. At least, that is exactly what the DOJ’s brief in Masterpiece Cakeshop, Ltd. v. Colorado Civil Rights Commission says making a wedding cake is.

The Masterpiece case has been accepted for hearing by the United States Supreme Court. It rises out of the case of cake maker Jack Phillips, owner of Masterpiece Cakeshop, refusing to “create” a wedding cake for a gay couple.

(For more detail on the Masterpiece case, see The Gayly’scoverage at Supreme Court will hear ACLU case about cake shop refusing service to same-sex couple.)

The DOJ’s rationale, in a meandering 34 page long document does the equivalence of jumping backward through flaming hoops to make its case that making a wedding cake is protected expression under the First Amendment to the US Constitution.

Some of the more interesting arguments:

“The [Supreme] Court thus has long held that it is ‘a basic First Amendment principle that ‘freedom of speech prohibits the government from telling people what they must say.’” (The Colorado law under attack basically says that any business that sells products cannot discriminate based on, among other things, sexual orientation or marital status.)

“…individual First Amendment rights have coexisted comfortably with federal and state public accommodations laws.  That is because those laws generally focus on preventing discriminatory conduct rather than modifying the content of expression.”

“A custom wedding cake can be sufficiently artistic to qualify as pure speech, akin to a sculptural center-piece.” (So, the ice-carving of a swan at a great dinner I attended a few years back was “speech”?)

The Trump administration, and particularly the DOJ under long-time anti-LGBT Jeff Sessions, has been ruthless in trying to take away LGBT+ rights that the Obama administration had affirmed, including the protection of transgender people. Now, it is taking the ridiculous stand that baking a wedding cake is the equivalent of free speech.

Of course, the anti-LGBT group Family Research Council (FRC), what has been called a hate group by the Southern Poverty Law Center, loves the Justice Department brief.

The FRC said in a press release, “It may be one of the most important religious liberty cases in a century -- and President Trump isn't about to be on the wrong side of it. In the latest sign that this isn't Barack Obama's DOJ, the administration is going to bat for Jack Phillips, the Christian baker at the center of a five-year firestorm over vendors' forced participation in same-sex marriage. In a brief to the Supreme Court, the last stop for his case, the Justice Department argues that Jack was well within his rights to turn down a wedding cake order for a ceremony that contradicts his faith.

“Unfortunately, this is exactly what Samuel Alito warned when the Supreme Court redefined marriage for everyone in Obergefell. ‘I assume that those who cling to old beliefs will be able to whisper their thoughts in the recesses of their homes, but if they repeat those views in public, they will risk being labeled as bigots and treated as such by governments, employers, and schools.’

“Now, two years later, clashes like this one are exploding in Christian businesses all across the country. It's time for the Supreme Court to step in and stop this crusade against faith it started. President Trump is doing his job on religious liberty. It's the justices' turn to do theirs.”

The Justice Department should be embarrassed that they have produced a ridiculous brief supporting anti-LGBT bigotry. (The DOJ’s full brief is here.)

If you doubt it, just substitute inter-racial couple for same-sex couple at the center of the argument, and see how that sounds. Right. Bigotry.

Oh, and BTW, our wedding cake was beautiful and delicious. But it was just a cake!