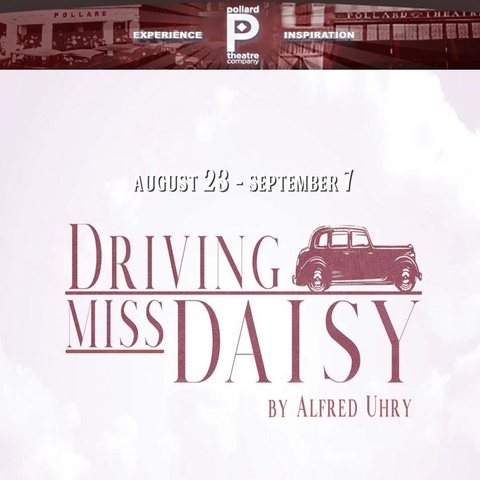 These two Oklahoma legends will reprise their roles together for the first time since originally appearing in the Pollard's 1991 production of the show. Pollard resident company member James A. Hughes completes the cast and will reprise the role of Boolie Werthan in the show.

Uhry's Pulitzer Prize-winning play is a timeless, searing, funny, and ultimately hopeful meditation on aging, friendship, and race relations in America, told through the complex relationship between two of popular culture's most enduring characters.

When Daisy Werthan, a widowed, 72-year-old Jewish woman, living in mid-century Atlanta, is deemed too old to drive, her son hires Hoke Colburn, an African American man, to serve as her chauffeur. What begins as a troubled and hostile pairing, soon blossoms into a profound, life-altering friendship that transcends all the societal boundaries placed between them.

Their iconic tale of pride, changing times, and the transformative power of friendship has warmed the hearts of millions worldwide. From its landmark Off-Broadway production in 1987 to the remarkable success of the Oscar-winning film version with Jessica Tandy and Morgan Freeman (four Academy Awards, including Best Picture), Driving Miss Daisy has become one of the most beloved American stories of the late twentieth century.

"This piece has so many levels of relevance. Race is obviously a critical component, but it also addresses our fears about aging and becoming caretaker of aging parents. The cast and I discussed our personal experiences in these areas and knew that many of our audience members would recognize them all," explained Stevenson. "The collaboration with this company has opened up this play in ways that I think audiences will truly appreciate," said Stevenson.

Driving Miss Daisy will run August 23 through September 7 at the Pollard Theatre in Guthrie, Oklahoma. Tickets are $25 with senior, military, teacher, student, and group discounts available. Performances are Fridays and Saturdays at 8:00 pm, with performances on Thursday, September 5 at 8 p.m. and Sundays August 25, and September 1, at 2 p.m.

The Pollard Theatre Company will host a talkback panel that will include Stevenson, Williams, Bostick, and Hughes following the performance of Driving Miss Daisy on Sunday, August 25, and September 1.