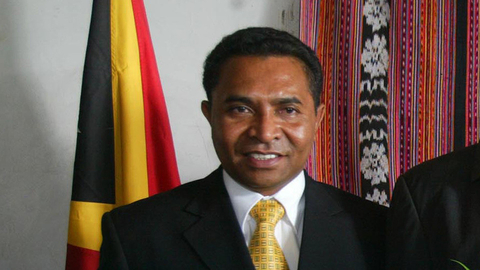 DILI, East Timor (AP) — Gay rights have taken a step forward in East Timor with its first LGBT+ pride parade and the prime minister announcing that the young nation's development depends on respecting the rights of all its citizens.

The parade in the capital, Dili, on June 29 attracted several hundred people and was supported by local and international organizations including the Hatutan youth group, the U.N. and U.S. Embassy.

"Discrimination, disrespect and abuse towards people because of their sexual orientation or gender identity does not provide any benefit to our nation," he said.

Allowing all citizens to contribute to the development of East Timor will "make the most of the independence we all fought for," he added.

The former Portuguese colony gained independence from 24 years of Indonesian occupation following a referendum in 1999, though it suffered devastating reprisals by the Indonesian military and militias.

With the prime minister's statement, the still impoverished country is charting a tolerant course compared with its massive neighbor Indonesia, where anti-LGBT+ rhetoric is on the rise and a case before the Constitutional Court is seeking to criminalize gay sex and sex outside marriage.

Bella Galhos, the organizer of the Dili parade, said she was motivated by a desire to see East Timor become a just society that is "better for all."