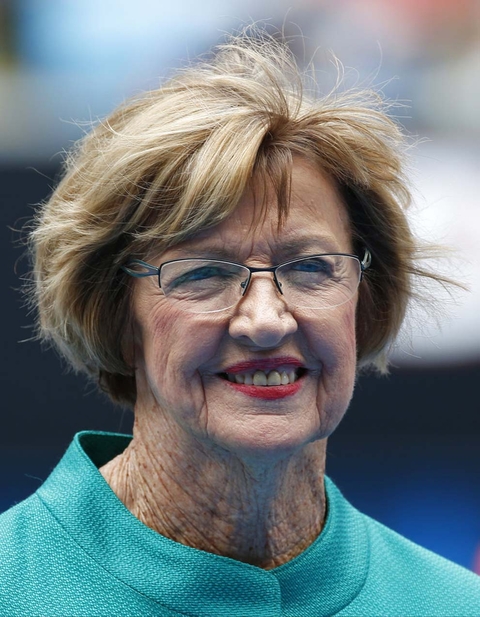 Margaret Court says she will stop using Qantas “where possible” in protest over the Australian airline's promotion of same-sex marriage. Photo by Vincent Thian.

"I am disappointed that Qantas has become an active promoter for same-sex marriage," Perth resident Court said in the letter published in The West Australian newspaper.

"I believe in marriage as a union between a man and a woman as stated in the Bible. Your statement leaves me no option but to use other airlines where possible for my extensive travelling."

Serena Williams' 23 Grand Slam singles titles are a record for the Open era, which began in 1968 — she broke a tie with Steffi Graf at this year's Australian Open. Only one player has won more: Court, who claimed part of her 24 during the amateur era.

Qantas chief executive Alan Joyce recently had a pie thrown in his face in front of hundreds of people at a business breakfast in Perth by a man who said he was protesting the fact that Joyce and 20 chief executives of major companies had signed a joint letter in support of marriage equality.

The man was charged by police with assault and banned by Qantas.

Court, a 74-year-old senior pastor at Perth's Victory Life Church and critic of homosexuality and same-sex marriage for decades, said in the letter she had proudly promoted Qantas during her days "of never losing a tennis match while playing for my country."

"I love all people and will be pleased to talk to your board at any time," she wrote Thursday. "But it won't be in the Qantas lounge."