Fact-checking Trump on the reasons behind his transgender military ban 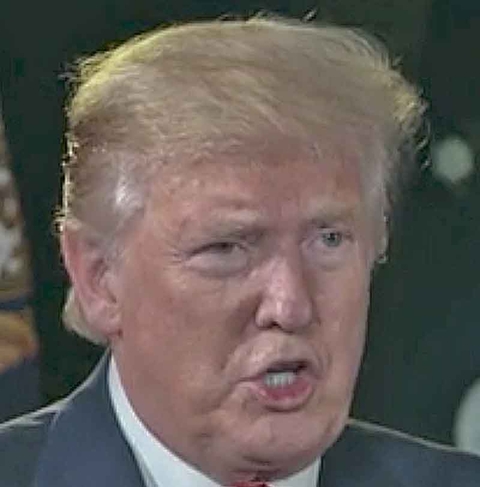 In his recent interview with British TV host Piers Morgan, President Donald Trump defended his ban on transgender people serving in the military, arguing that a primary reason for the ban was over drug use.

The President went on to say that if a military member took aspirin following a medical procedure they would "have to break rules and regulations in order to have that."

Facts first: Trump is incorrect that drug use in the military is prohibited.

US military personnel can and do take prescription drugs, with approval for medical conditions. In fact, the Department of Defense has focused in previous years on improvements to treating prescription drug abuse among US military members along with preventative measures.

According to a 2016 report from the Department of Defense, these and other factors mean "the percentage of Active Duty Service members prescribed narcotics is currently down nearly 17%."

"Trump asserted falsely that active-duty servicemembers cannot take even so much as an aspirin," Palm Center Director Aaron Belkin, a think tank at the University of California with a focus on sexual minorities, wrote in a press release responding to Trump's claims.

It is completely incorrect that drug use in the military is not allowed.

A 2017 study published in the Military Medicine journal on use of anti-inflammatory prescription drug use in the military found that in 2006, 69% of active duty military members "received NSAID prescriptions." That number increased to 82% in 2014.

According to the study, "the most frequently prescribed NSAIDs were ibuprofen, naproxen, and meloxicam."

But in July 2017, Trump announced he would reinstate the military ban on transgender people, barring them from serving in any capacity. At the time White House press secretary Sarah Sanders said that transgender service "erodes military readiness and unit cohesion" citing health costs. She said the move was based on a "military decision" and is "not meant to be anything more than" that.

In April 2019, the Trump administration's ban on transgender people in the military took effect, mandating that all service members "must adhere to the standards associated with their biological sex." (The ban does not affect those already serving and the Pentagon can, on a case-by-case basis, issue waivers. Advocates say the ban will still impact current transgender people serving in the military, increasing the potential for discrimination and harassment.)

The Pentagon, in its "Report and recommendations on military service by transgender persons" argued that the current medical standards for enlisting people in the military included "the use of certain medications, or conditions requiring the use of medications, such as hormone therapies and antidepressants."