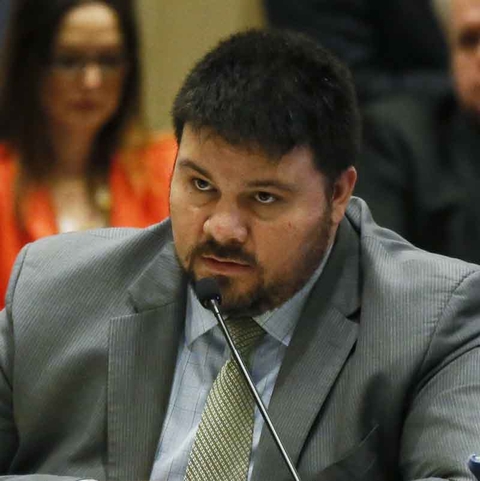 Disgraced former Oklahoma State Senator Ralph Shortey was looking at a possible 30 year sentence or more for federal charges after being caught with a 17-year-old boy in a motel room in March of this year. To set aside that possibility, his attorney has announced that he has reached a plea deal with federal prosecutors.

Shortey was originally charged by the Cleveland County, Oklahoma, District Attorney with three felonies. He resigned his Senate seat soon after the arrest.

His attorney announced that Shortey would plead guilty to the child sex trafficking offense. In exchange, the other three federal charges were dropped.

A jury trial for Shorty had been set to begin Dec. 5 in Oklahoma City federal court. He is now scheduled to plead guilty Nov. 30 instead, according to the Tulsa World.

“After looking at all the evidence and case law and statutes and everything else, we just felt that this would give him the best opportunity to come out with the best outcome possible,” Blau told The Washington Post. “It would’ve been an extraordinarily difficult case to win a trial.”

“Had Shortey gone to trial and lost, he would’ve been looking at a 30-year prison sentence at the very least, Blau said. The sex trafficking charge is punishable by at least 10 years in prison. Federal law requires defendants to serve at least 75 percent of their sentence. In Shortey’s case, that would be 8 1/2 years, but a judge will ultimately decide on what his sentence would be,” the Post continued.