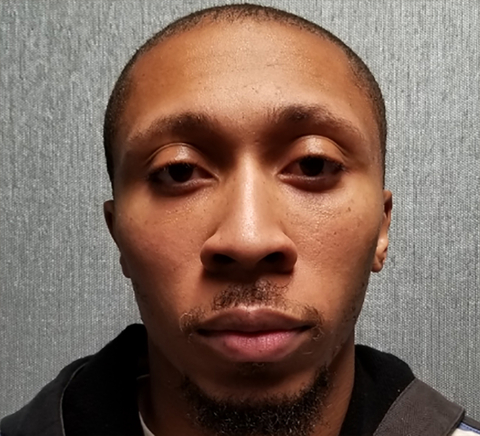 A former Maryland police officer was indicted Tuesday on 11 charges, including rape and attempting to infect a woman with HIV.

Martique Vanderpool, a 30-year-old who police say is HIV-positive, is accused of raping a woman after a traffic stop, when he was an officer of the Fairmount Heights Police, according to the Prince George's County Police Department.

Vanderpool then took the woman to the police station and "demanded the victim engage in a sex act or be arrested. The victim complied," according to the release.

Afterward, Vanderpool issued the woman some traffic tickets and drove her to her car in the impound lot where she retrieved her car, police said.

Fairmount Heights Police started looking into the case after receiving a question about a motorist's traffic stop and arrest.

CNN has reached out to an attorney for Vanderpool, who is being held without bond at the Prince George's County Department of Corrections.

Police said they found out during the investigation that Vanderpool has the human immunodeficiency virus. The victim was provided with preventative medication, PGCP Chief Hank Stawinski said at a news conference Wednesday. Her HIV status has not been disclosed.

Investigators are trying to determine whether Vanderpool has had sexual contact with others and are asking anyone with questions or information to contact them at (301) 856-2660.

"This conduct creates in me concerns that we have other people that may have been impacted whether as the victims of crime or in relationships with the individual in question. If you have those concerns, please contact that number," Stawinski said.

"There's two pieces to this ... additional crimes that may have occurred in our community and then there's concerns about the public health," Stawinski said.

Asked during the news conference whether Vanderpool had to know he is HIV-positive to be charged with the attempt to infect someone, State's Attorney Aisha Braveboy only said, "We believe that in this case, all of the elements were met to substantiate that charge."

According to the indictment, Vanderpool had violated Maryland's law that prohibits "knowingly" transferring or attempting to transfer the HIV virus to another person.

In another count of reckless endangerment, the indictment said Vanderpool had intercourse "knowing that he had human immunodeficiency virus that created a substantial risk of death or serious physical injury" to the woman.

The indictments against Vanderpool Tuesday include first- and second-degree rape, having sex with a person in custody, attempting to transfer HIV and misconduct in office, according to the court document.

Vanderpool, who resigned from the Fairmount Heights Police Department in November, was first arrested in December by the PGPD, which conducted a nearly two-month investigation into the incident.

A judge in January dismissed the first-degree rape charge against the former cop, but the grand jury, "after receiving all the evidence," included it in the indictment, the PGCP said.

CNN has reached out to the Fairmount Heights Police Department for comment.