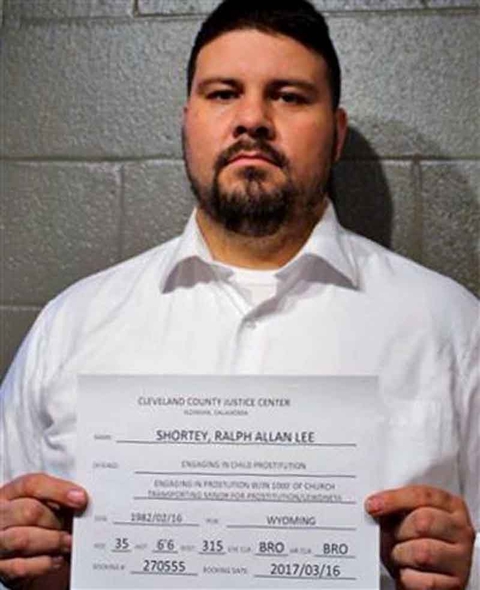 Ralph Shortey, the former Oklahoma state senator who was arrested in March 2017 when he was found in a motel room with a 17 year old boy, was sentenced to 15 years in federal prison. He must also pay a fine and make restitution to the victim, although the amounts have not been determined.

His original arrest was for state folonies. However, after a federal search warrant was issued, Shortey’s home was searched. The state charges were dropped and replaced with four federal charges, all felonies.

His guilty plea was for child sex trafficking. Other charges against Shortey were dropped in November after making a plea deal with federal prosecutors. The original charges were two counts of transportation of child pornography, production of child pornography and child sex trafficking. During the arrest, officers also found marijuana in the room.

Shortey resigned shortly after being arrested. His wife obtained a divorce from him earlier this year.

Shortey faced between 10 years and life in prison; on release he will serve 10 years of supervised release.

Shortey, who was a Republican member of the state senate, was well known before his arrest for proposing a variety of outrageous laws. One would have made it illegal to ban the consumption of aborted fetuses as food. He insisted that although there was no evidence that this was happening, food processors were keeping it secret.

He was considered a member of the hard right wing of the Oklahoma GOP.