Gavin Grimm may get justice 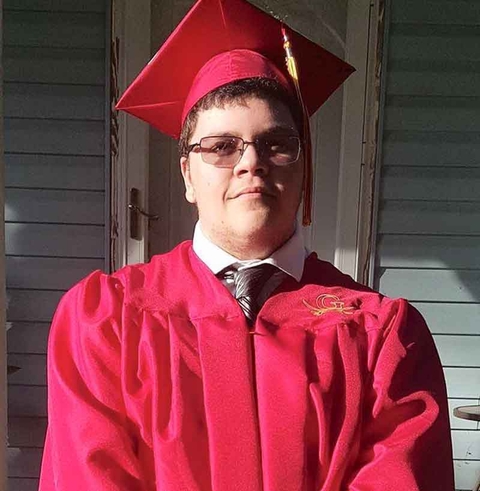 When transgender student Gavin Grimm attended Gloucester High School in Virginia, he became the center of a controversy over transgender rights. After being allowed to use the boys’ restroom for nearly two months, a handful of parents complained about him.

“The school board held a public meeting to talk about my body,” he writes on his Facebook page. “It was humiliating and frightening to see one adult after another stand up and say hateful things about me. Then the school board voted to ban me from using the boys' restrooms at school.”

Grimm got help from the American Civil Liberties Union (ACLU) and sued the school board. The ACLU based the case on an Obama administration directive that told school districts that under Title IX of the Civil Rights law, transgender students had the right to use facilities that conform with their gender identity.

A federal district court ruled in Grimm’s favor, but the school board continued the fight, appealing the decision. The case made it to the Supreme Court, but the case was sent back to the Fourth Circuit Court because the Trump administration had revoked the Obama directive.

Now, the case is scheduled for trial in June. But Grimm may find victory sooner than that.

This week, an entry on his Facebook page said that the school district was reconsidering their policy. Grimm wrote, “I’m back home in Virginia for a few days because the school board is considering a new policy on transgender students’ access to restrooms.

“If it passes it might bring my case to an end. There was a public hearing last night that was very reminiscent of the two terrible board meetings I went through at 15, when one adult after another misgendered me and one even called me a dog.

“But this time we did have a lot more supporters present than we did back then. In spite of some of the hurtful and misinformed things that were said, there was also a lot of love in the room and I and my family are very grateful to the supporters who spoke out.

“There was even a trans boy who is a current student at my high school who was so brave and well spoken. He and other students like him are the reason I decided to keep this fight going after I graduated. The board is supposed to vote on whether to pass the policy this Thursday and I have no idea how it’s going to go!”

The AP wrote, “The Gloucester County School appeared starkly divided Tuesday over the prospect of ending the policy, provoking citations of scripture and the higher suicide rate among transgender teens. The district has drawn national attention for its transgender bathroom ban. Concerns were also raised about the cost of a yearslong lawsuit.”

Grimm also was allowed to amend his case against the school district, the AP added. “A federal judge ruled Thursday that he can sue over its refusal to change the gender on his high school transcript, which still lists him as female. Grimm said the unchanged transcript will stigmatize him every time he applies to a college or potential employer that asks for it,” the AP report concluded.

Given the intensity of the board hearing, it’s impossible to predict how the school board may rule. But after years of stonewalling on the issue, at least they are considering changing their policy. Best wishes to Gavin Grimm.