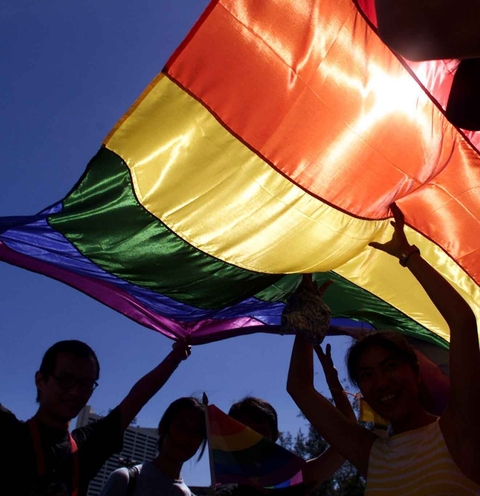 Azerbaijan, Turkey and Armenia are the worst countries in Europe for LGBTI rights. Craig Allen, AFP, Getty Images via CNN.

Azerbaijan, Turkey and Armenia are the worst countries in Europe for LGBTI rights, according to a new assessment from the International Lesbian, Gay, Bisexual, Trans and Intersex Association.

Malta, Belgium and Luxembourg come in at the top of the list of 49 nations ranked according to legal and policy practices for LGBTI people, according to a news release from advocacy group ILGA-Europe. LGBTI is an abbreviation for lesbian, gay, bisexual, transgender and intersex.

Each nation receives a score from 0-100%, with Malta receiving 90% and Azerbaijan just 3%. CNN has contacted the government of Azerbaijan for comment.

These rankings are used to put together the 2019 Rainbow Europe Map, which ILGA-Europe says shows a worrying trend.

Countries are rolling back existing laws and policies and decline is visible for the first time in the 10 years of the index, the group says.

For example, Bulgaria has ended provisions for changing name or gender markers for trans people, joining Hungary and Turkey in dropping points due to governmental failure to protect fundamental civil and political rights, according to the news release.

The situation also worsened in Serbia and Kosovo, which did not renew equality action plans, and LGBTI organizations and human rights defenders face an increasingly unsafe environment in a growing number of countries, according to ILGA-Europe.

The 2019 index changes the weighting for different categories used in the ranking, reflecting changing priorities in the LGBTI community.

"For years, we have said that marriage equality was an important signifier of equality, but not the be-all and end-all for LGBTI people," said Micah Grzywnowicz, co-chair of ILGA-Europe's Executive Board in the release.

"What is also crucial for our communities are effective laws to recognize rights of trans people to self-determination, robust protection against LGBTI-phobic violence and speech, equal access to reproductive rights, and prohibiting medical intervention on intersex children."

The weighting change has affected some countries' rankings, including those previously considered to be performing well such as the UK, which dropped from a score of 73% in 2018 to 66% in 2019.