Hindus tell Miley Cyrus that marriage is a "spiritual union" 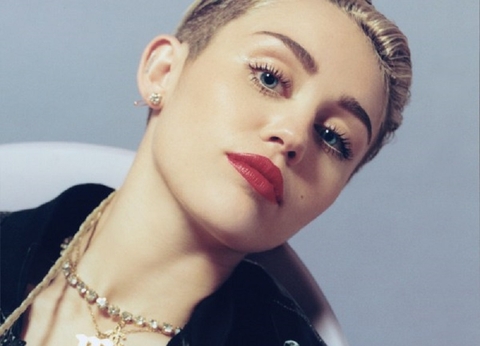 Rajan Zed suggested Miley to read some Hindu scriptures like Bhagavad-Gita and learn Sanskrit (as most part of the Hindu wedding ceremony is conducted in Sanskrit), to really internalize the spirit of the ceremony. File photo.

Welcoming the reported interest of Hollywood star Miley Cyrus to have a Hindu wedding in summer in Himalayas, Hindus are explaining to her that aim of marriage in Hinduism is a "spiritual union" and not just "physical union".

Hindu statesman Rajan Zed, in a statement in Nevada today, said that they were pleased to see Miley's interest in Hinduism, and added that marriage (known in Sanskrit as vivaha) was a highly important samskar (sacrament) and one of the highest duties in Hinduism, which was binding in this life and the life thereafter.

Zed, who is President of Universal Society of Hinduism, noted that ancient vivaha had its roots in Rig-Veda, the oldest existing scripture of the mankind, which had indicated that spirituality was the chief purpose of the marriage. Moreover, marriage would mark transition to maturity for Miley and her prospective groom Australian actor Liam Hemsworth.

Rajan Zed suggested Miley to read some Hindu scriptures like Bhagavad-Gita and learn Sanskrit (as most part of the Hindu wedding ceremony is conducted in Sanskrit), to really internalize the spirit of the ceremony.

Zed indicated that in a traditional vivaha, mantras (seeking the presence of deities at the ceremony) were chanted, involving worshipping of—Aditi, Agni, Brahma, Ganesha, Indra, Lakshmi, Maruts, Navagrahas, Rudra, Saraswati, Shiva, Surya, Varuna, Vishnu, etc.; and included urging the present deities to unite hearts of the couple (Miley & Liam) like two rivers merging into each other. Mantras also asked for making the couple free from the sins, their mastery over senses and mind, banishment of their sufferings, peace, etc.

Rajan Zed further said that Miley also would be reciting some mantras, including asking for the long life of Liam and love between the couple from God Agni (fire). Liam, in his mantra, holding the right hand of the Miley, would be asking among other things, for irrevocable relationship between husband-wife. Another mantra by Liam would urge Miley to live with him for hundred years and give him offspring, as producing offspring was considered one of the duties of the married couple.

Zed listed other usually held rituals (all of which have definite meanings) at the actual traditional Hindu wedding ceremony, which might last few hours, as including: saptapadi (taking seven steps in the presence of sacred live fire), kanyadaan (with wife sitting next to him, bride's father Billy Ray Cyrus gives-away the bride by placing her right hand over the hand of the groom), pani-grahan (groom grasping bride's right hand with his right hand), circumambulation around fire, bride placing her right foot on a millstone, giving-away of a cow by bride's father to the groom, bride's brothers offering puffed rice to the bride, groom filling the bride's parting line in the hair with vermillion, tying of the ends of the nuptial garments of the couple together, sprinkling of the holy water on the couple's heads, havan (fire-sacrifice), ahutis (oblations) to various deities, etc. In kanyadaan, father of the bride transferred the responsibility of the daughter to the groom.

According to Washington DC headquartered nonpartisan fact tank Pew Research Center, Hindus had the highest marriage rate and lowest divorce rate than any other religious group in USA. Moreover, the "spiritual union" we stressed in Hinduism, had more permanency as compared to just physical union, Zed stated.