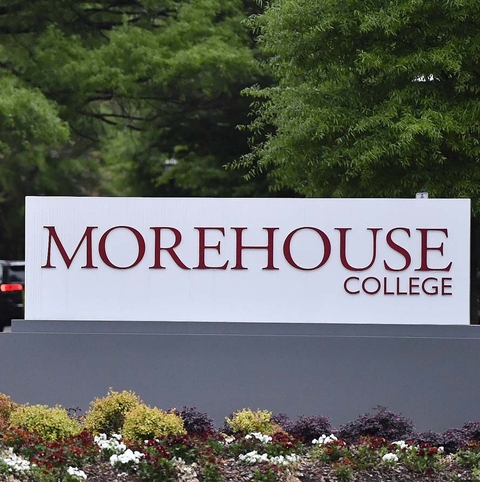 In 2020, Morehouse College, a historically black all-men's school in Atlanta, will begin admitting transgender students who identify as male, according to a news release from the school.

The new policy, known as the Gender Identity Admissions and Matriculation Policy, applies to all students who enroll in the private college by the fall 2020 semester. Students who were enrolled before are not grandfathered in, the release says.

The announcement comes after Spelman College, a private historically black all-women's school in Atlanta, adopted a similar policy in 2017.

"In a rapidly changing world that includes a better understanding of gender identity, we're proud to expand our admissions policy to consider trans men who want to be part of an institution that has produced some of the greatest leaders in social justice, politics, business, and the arts for more than 150 years," said Terrance Dixon, Morehouse vice president for enrollment management. "The ratification of this policy affirms the College's commitment to develop men with disciplined minds who will lead lives of leadership and service."

The policy also states that students who are admitted into Morehouse "are expected to self-identify as male throughout their education at Morehouse," the release states. Should a student transition from a male to female, the student would no longer be eligible to enroll at the school, the release states.

Trans women, or any person who identifies as a female, will not be considered for admission into the school, the release says.

Morehouse, which has an enrollment of 2,202, instituted a policy in 2009 banning its male students from wearing women's clothes, makeup or high heels in what was called the "Appropriate Attire Policy." The move was in response to five gay students who, said a school official at the time, weren't dressing the way Morehouse men are expected to dress.

In 2013, according to the school's newspaper The Maron Tiger, Morehouse began offering a course on black LGBTQ+ history and culture.