Honoring the lives of our trans family 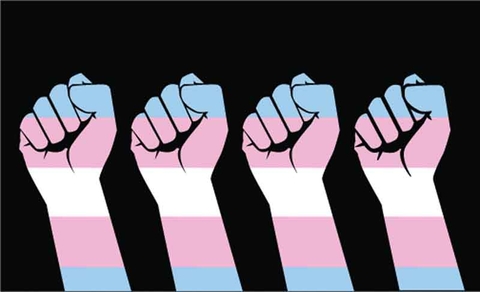 We recognize Transgender Day of Remembrance annually on November 20. This year it seems like it’s even more important than ever before to honor the lives of those we have lost due to hate.

Violence perpetrated against those who are the least able to protect themselves may be the “low hanging fruit” in the crime world, but it also seems to be a safe harbor as the rest of society looks the other way.

I have been asked many times by straight and gay people alike if I was trans. Granted, when I’m asked by someone in the LGBTQ+ community, they do so in a more supportive way than straight people who ask me the same question.

I don’t see gender roles the same as most people do, and I don’t think I have to be constricted by society’s view of what men can do that women can’t or vice versa. Such restrictions aren’t logical to me, and I wish I could refuse to be limited by them.

But I get enough questions about my gender identity due to my long fingernails, and pedicured toes, and that I didn’t buy the beautiful gingham blouse I found because I knew the buttons were on the “wrong” side.

Now, think of how difficult it is for a transgender person who doesn’t feel like they are in the correct body. We have put such rigid restrictions on gender roles and the norms associated with them that the societal view of binary genders has made for an even more extreme transition from one to the other.

More importantly, however, our gender-based structures create two distinct groups which may be inclusive of most people, but it creates a large minority group of ‘others’ who don’t fit into one of the two gender boxes. These ‘others’ get ostracized from groups and made to feel like less than a complete human through words and actions.

Once we’ve successfully made part of our population the ‘other,’ the easier it is to victimize them in many ways. Those individuals who comprise the ‘other’ don’t often value their lives as much as they would if they hadn’t been treated as ‘less than’ by society.

We must continue to honor the lives of those we have lost in the last year due to the hate some people harbor for another person who does not fit into the rigid gender boxes society has created. More importantly, we need to take greater steps to form a society that doesn’t turn people into ‘others’ in the first place.

Hopefully, one day celebrate the year when we find no senseless deaths of those who are transgender.