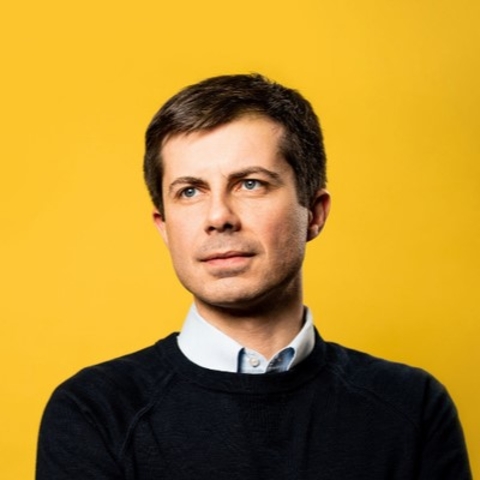 The rapid rise of South Bend Mayor Pete Buttigieg in the 2020 Democratic presidential race is one of the more remarkable stories in modern presidential politics. But one of the more difficult to quantify elements of Buttigieg's sudden viability is the way in which he is already reshaping societal views on homosexuality -- and the very personal decision of when to come out as gay.

In an interview with MSNBC's Rachel Maddow on Monday night, the two shared -- in emotional and moving terms -- how they struggled with their sexuality and when to publicly acknowledge that they were gay. Maddow, who came out in college, asked Buttigieg how he dealt with keeping his sexuality a secret for so long. (Buttigieg came out at 33, when he was already the mayor of South Bend.)

His answer was remarkable:

"I guess I really needed to not be [gay]. There's this war that breaks out inside a lot of people when they realize that they might be something they're afraid of. It took me a very long time to resolve that. "

That echoes a sentiment Buttigieg expressed about his sexuality at an LGBT fundraiser earlier this month:

The humanity there jumps out at you. This is a hugely accomplished person -- Rhodes Scholar, military veteran, elected mayor of his hometown at 29 years old -- who wished for years that he could be something other than what he knew he was. Someone who "needed to not be" gay. Someone who, at one point in his life, would have gladly taken a pill to make him not gay -- or even cut out his "gayness" if he could.

That's stunning stuff. And while Buttigieg's struggle may be familiar to many gay people, it likely will be the first time many straight people have heard someone's coming-out story presented in such raw and personal terms.

There's also a universality in the internal struggle Buttigieg is describing. You don't have to be gay to understand what it's like to deny parts of yourself, to wish you were something different than you are. To pray for an easy way to dissolve all of your internal turmoil. To be willing to do almost anything to get it to go away. The terms in which Buttigieg is talking about grappling with his homosexuality also describe, for many of us, the human condition: A lifelong struggle to accept who we are, with all the positives and negatives that come with it.

If the first step -- or one of the first steps -- toward tolerance is understanding and empathy, Buttigieg's candidacy is already having an impact beyond just him.

Now, all of that is NOT to say that there won't be a chunk of voters who simply will not vote for a gay candidate. There will be. And it is likely higher than the number who tell pollsters they would be uncomfortable with a gay president. (Ask yourself whether you would tell a total stranger calling you on the phone that you wouldn't feel comfortable casting a ballot for a gay candidate. For lots of people, they wouldn't be -- and aren't.)

This is social change at warp speed. (Compare the movement of poll numbers on gay marriage to, say, legality of abortion. Night and day.) Buttigieg's candidacy -- and the way in which he has chosen to speak about his homosexuality and air his own internal struggles to grapple with what it meant (and means) to him -- is the next logical step in society's changing views of being gay. Even if he doesn't wind up as the Democratic nominee in 2020, Buttigieg's candidacy will be one for the history books.