Who is Pete Buttigieg and why is he running for president? 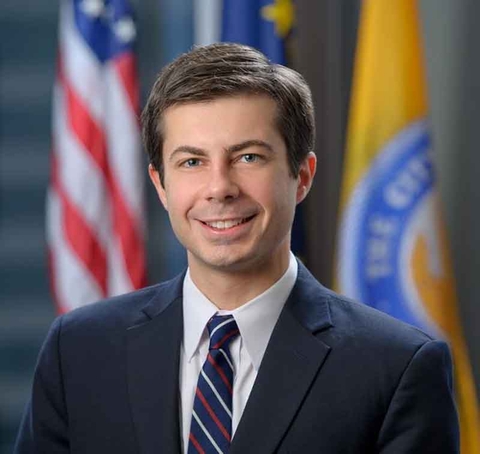 Very few people outside of South Bend, Indiana, had ever heard of Pete Buttigieg before he ran for chair of the Democratic National Committee (DNC). Since then, the 37 year-old mayor of South Bend has been attracting a lot of attention.

Admitting that he is a long shot, he has entered the crowded field of Democratic candidates for the party’s 2020 nomination for president. In a recent poll, 58 percent of Democrats and those leaning Democrat had never heard of him.

People know only a few things about him. He is a Harvard trained Rhodes Scholar, a Navy veteran and if elected would be the youngest president ever. The other thing about him is that he is openly gay and has a husband.

So who is Pete Buttigieg (pronounced BOOT-edge-edge) and why is he running for president? You would be making a big mistake if you focused, as much media coverage has, on his sexual orientation.

“An openly gay politician, Buttigieg could be an attractive candidate at a time when expanding LGBT rights is a key issue for many Americans,” wrote the IndyStar.  “He's also a veteran, having spent a seven-month stint in Afghanistan in 2014 as a lieutenant in the Naval Reserve.

“And he's a millennial and a bright, young star in the Democratic Party, earning a Harvard undergraduate degree and winning a Rhodes scholarship in 2004.”

He has more military experience than any president since George H. W. Bush. Presidents Clinton, Obama and Trump were never in the military. President George W. Bush was in the Air National Guard, but only served stateside and never saw combat. Buttigieg spent more years than Bush in the Naval Reserves and served a six-month active duty tour in Afghanistan.

He brings up the issue of a new generation of leadership: “I think it’s maybe a sign of the times. I think it’s telling you that things are kind of wide open in a way that hasn’t been true in a long time. I think it shows that there is an interest in the middle of the country,” Buttigieg said in a Politico podcast.

“I think it shows that there’s at least curiosity, if not appetite, for what a newer generation of leaders is going to look like. And I think it reflects the fact that we’re really living in a season for cities and for mayors.”

Buttigieg, a popular mayor in the Midwest part of the country, thinks the experience of mayors would be important in a president. He cites the day-to-day hands-on approach that is important to being a mayor and cites the successes that South Bend has had during his two-term tenure.

As the first millennial to run for president, he looks to the problems of young people and talks about “intergenerational justice” – “shorthand for broaching the difficulties, now being confronted by younger Americans, either created or exacerbated by their elders,” according to a CNN story about him.

Still, he’s not confrontational and talks about working together. Talking about the Democratic field, “he's been careful not be seen pitting one against the other,” according to the CNN interview.

"I think the trick for us," Buttigieg told The New Yorker, "is there should be a way to make a generational case without this all being about generational conflict. And I think there's a way to do it."

In an interview with CNN's Kate Bolduan, Buttigieg said he would not refer to the other candidates as "opponents." His preferred designation: "Competitors."

“And I'm definitely the only left-handed, Maltese-American, Episcopalian, millennial, gay mayor in the race. So, you know, I've got that lane all to myself."

Buttigieg has a PAC that is spending money in several states and has hired staff whose job it is to keep his name in the news. He has already spent time in Iowa campaigning.

We can expect to hear a lot more from, and about, Pete Buttigieg in the coming months. Yes, at this point he is an underdog. But so was Jimmy Carter when he started his campaign for president. And you can see where that got him.