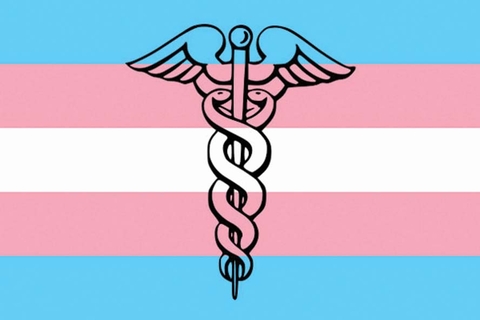 Apparently, the VA is so broken they can’t live up to their end of the agreement they made to me over twenty years ago when I enlisted unless I got my legs blown off in the war. I didn’t go to the VA for years after I got out of the service because I knew they were underfunded and backlogged. Since I had health insurance at the time, I stayed out of the way of those folks who were worse off than me.

Now that I needed their care, they wouldn’t give it to me unless the Army was the one that broke me. What I needed was my hormone prescriptions filled at a price that wasn’t bank-breakingly expensive.

The VA has long provided at least hormone treatments to transgender veterans and, at one point, would even provide gender reassignment surgery until they couldn’t afford it anymore. That was a great plus since many insurance companies still won’t pay for transgender hormone treatments, much less the surgeries.

There is a huge disparity in access to transgender-focused healthcare depending on where you work, how much money you make, and simply how lucky you are. So far. I’ve been lucky in my life. But when I needed a little help from an organization I was told I could get it from, they basically told me to screw off. I guess that luck ran out.

Ultimately, I’m not mad at the VA. The VA has long been broken and has been absolutely no priority to fix for either party. Veterans are only useful for a patriot shield for politicians and holding the flag up when the national anthem gets sung at ballgames.

What does bother me, is the reminder that the very necessary bare minimum care transgender people need is still difficult to come by either by simple cost or by access.

Even the Affordable Care Act doesn’t say insurance companies have to cover transgender care, but they can’t explicitly exclude it. They can say it’s not covered because of “medical necessity.” I mean, they do that with so many other procedures people need to avoid paying for them. Which you know, that’s awesome. Nothing like being told by an accountant the medical care you need isn’t actually medically necessary like your doctor says it is.

I just hope that when I find a job, I’m reliant upon a doctor who’s sympathetic and comes up with creative medical codes to get around the insurance companies.

Medical care for transgender people is still a very “luck of time and place” situation and often reliant on having the right providers if you can get a provider at all.