As I got closer to the community, I experienced the hate 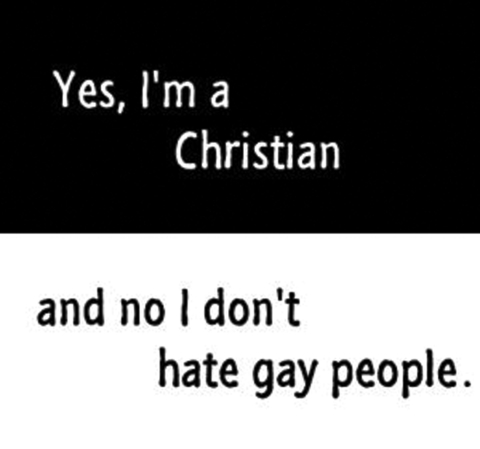 I want you to know these things and hold these things in your mind as you read this article. As I write this, I am reflecting on why I am writing this. I am writing this in the hopes of shining light on and discussing a difficult topic with those who identify as Christians and other individuals, as well.

Earlier this year, I attended Oklahoman’s for Equality’s Pride Bingo night. I had a great time at Bingo and ended up going back the next month!

However, the first time I attended, my eyes were opened to a reality I do not live in because of my gender identification and my sexual orientation. At Bingo, they asked everyone to be serious for a moment so they could cover the protocol for an intruder in the building. Tornado drills? I’ve done them all my life. Fire drills? Yep, those too.

However, an intruder drill because of prejudice and discrimination? I’d never done that. I will never forget the different feelings I had while listening how to exit the Equality Center if someone showed up with a gun. I have never had to worry about being harmed at a charity event before. The moment was sobering for me. These examples are a reality for the LGBTQ+ community; this had never been my reality.

Fast-forward a few months to June: Pride Month! I had never attended the Tulsa Pride Parade before. A coworker and friend of mine asked if I wanted to attend with her. I agreed and then was asked to run social media where I work.

The Parade was beautiful, supportive, and energetic.

The Parade also had a bit of ugly: protestors spewing hatred and negativity. The most shocking thing for me to see amongst the protestors was every single protestor had a religious message accompanying their protesting.

As a Christian, I was mortified. These people had scriptures all twisted and were using them to be downright hateful and abhorrent. Is this the message of Christ? No, it is absolutely not.

However, it does say “love thy neighbor as yourself.” The idea that screaming derogatory and hateful words at humans will convince them you are right is baffling.

I heard protestors yelling “queer,” “faggot,” and “pervert” at myself, my group, and everyone else around. I was angry, sad, and to be honest, scared for everyone’s safety. I became hypervigilant to my surroundings and was constantly scanning the area to ensure no one was at risk of any harm.

As we continued to walk, I saw five or six people with signs that said things like “I’m sorry the church hurt you.” “God loves you. We love you.” “We’re sorry for the hate.” I almost cried in the middle of downtown! These religious, supportive signs were so delightfully contrasting from the religious, protesting signs we had seen thus far. These people got it. They really got it.

I wish experiences could be felt by simply reading them. I wish I could stand on the platform at every church and talk about how terrible it was to see someone proclaiming to be a Christian and yet being so hateful and so bigoted. I wish Christians would take a stand and say, “this isn’t right.”

Most of the time, Christians are not in positions to see how difficult it can be being in the LGBTQ+ community. Too often the notion of “it doesn’t affect us” is used to justify asking why we should support something our religion, our morals, our principles tell us is not “normal” or is not “right.”