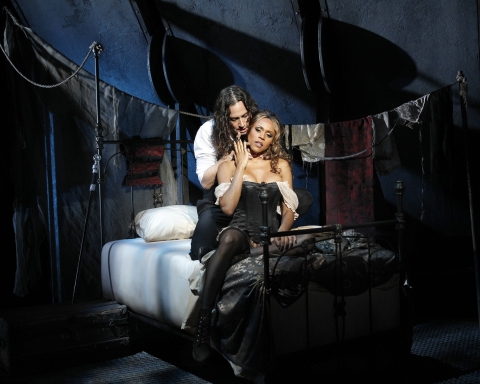 After four thrilling, chilling years on Broadway and multiple world-wide tours, this dark and dangerous love story returns in a stunning new pre-Broadway production that includes all the classic songs (This is the Moment, A New Life, Someone Like You) that first grabbed audiences by the throat and transformed Jekyll & Hyde into a theatrical phenomenon.

The musical is based on the acclaimed novella The Strange Case of Dr. Jekyll and Mr. Hyde by Robert Louis Stevenson, about a London doctor who accidentally unleashes his evil alternate personality in his quest to cure his father’s mental illness.

Also starring in the production will be Teal Wicks (Wicked) as Emma Carew, Laird Mackintosh (Mary Poppins) as John Utterson and Richard White (Most Happy Fella) as Sir Danvers Carew.

Answers - in the form of a question - from the Gayly January issue, pg. 9.