Kick with Vick and watch a flick in August 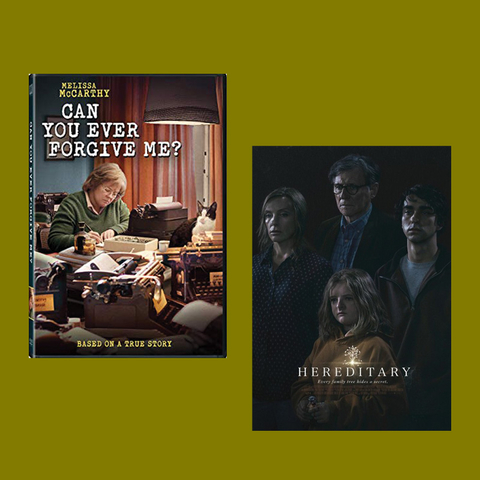 Can You Ever Forgive Me?: Lee Israel was recognized as a rather famous biographer of many celebrities. She is known to have written about Dorothy Parker, Katherine Hepburn, and many other bios. But by the time the '90s rolled around, she was mostly forgotten, broke and unable to get published. She couldn’t even get her agent interested in her work on new profiles of past celebs, like Fanny Brice.

Israel, played by Melissa McCarthy, stumbles across a forgotten letter. Written by a dead celebrity, she researches and discovers there is a paying market of dealers and collectors for such artifacts. She soon expands into deceptive forgeries of old letters.

The capers get rolling when she is spurred on to continuing such ruses by a chance reunion in a bar with fellow “self-medicator” and extended carouser Jack Hock (played to absolute perfection by Richard E. Grant). The casting of Grant was inspired since he essentially takes his previous role from the iconic film Withnail and I and shows us what Withnail would be like in later life.

Israel uses her writing skills to spread the forgeries providing needed income for both of them, but she views her imitation creations as worthy vehicles for her wasted talents even if they deceive. They boldly progress to theft of authentic letter documents and switch them out with her forgeries, then sell the real ones. Of course, it all crashes down as the Manhattan dealers get hip and the FBI moves in.

Based on the true story, this witty film gets at many of the more subtle and unexpected truths about life while McCarthy, as usual, proves she can act.

Hereditary: Now that the film Midsommar is being noticed in theaters, it may be time to look back a bit at writer-director Ari Aster's earlier horror drama film debut.

While Midsommar is indeed derivative from Wicker Man film(s), it continues Aster's love of depicting nightmares in broad daylight as Hereditary does. Sure, Hereditary has the usual tropes of the family moving into the spooky inherited house with horrifying secrets and hauntings to reveal including the overused wall and ceiling creature crawls.

Using undeniable artistic skill, Aster gets far beyond these boundaries with a disturbing craftiness that is hard to put your shaking finger on. The impeccable Toni Colette takes it over the top as the concerned and curious mother and Gabriel Byrne as the detached husband helps.

Alex Wolff is the struggling family teen who is responsible for the "accidental" exit of the sister, a graphic depiction you won't soon be able to remove from your mind. In fact, your graphic can be used to describe many hellish scenes, but they all have very justifiable purposes.

As Colette spirals into more and more hysteria, she pulls us along with her but the POV shifts at the right points as well. Aster makes this film into a mind-bending expansion of the horror genre that pushes family anxiety buttons in us all.

The title allows for lots of meditation on the meaning as it relates to mental illness and many other matters right into the supernatural.

Columns
Hereditary
Can You Ever Forgive Me?
Netflix
Melissa McCarthy
Celebrities