Kick with Vick and watch a flick this February 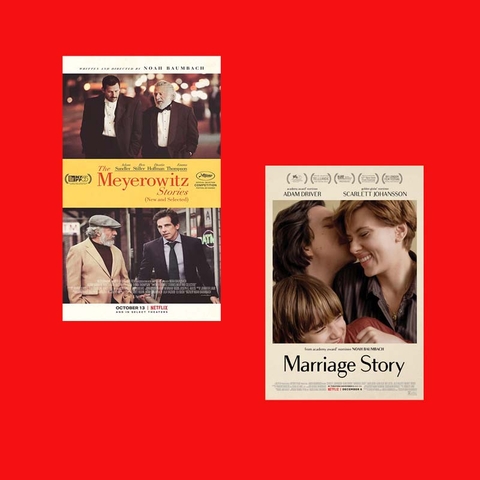 Marriage Story: Laura Dern recently snagged a Globe for supporting actress as a divorce lawyer in this touching film. A crumbling marriage is what swirls pleasure and pain around through this modern tale as a stage director (Adam Driver) and his actress wife (Scarlett Johansson) try to search and fumble their way through the maze that involves.

Of course, anyone who has been through a divorce will recognize many of the thorny twists and turns. The complication of having a young son they share is never exploited but blends seamlessly with the unfolding of the journey of separation and even alienation in some instances.

They start with the best of uncontested intentions, yet they cause unnecessary pain for each other with regular and puzzling motives. Long ago, the movie Kramer vs. Kramer plowed these grounds and did it well.

Perhaps the most astounding part of this more recent production is how Driver and Johansson bounce phenomenal dialogue off each other. It seems to bubble up from the center of deep emotional zones where most of us never go.

It is not only the best work yet by the duo, but possibly the best movie Netflix has cranked out to date, and that is saying quite a bit. It is a drama that feels true and real from beginning to end.

The Meyerowitz Stories (New and Selected): Director Noah Baumbach is great with characters. In this international tale of two brothers (Adam Sandler, Ben Stiller) and a sister (Elizabeth Marvel) grapple with their adult lives while still trying to work the problems of their childhoods. Problems created mostly by the patriarchal figure, their wacky artist father (Dustin Hoffman).

The movie begins with Sandler finding himself middle-aged and divorced, having to move back in with his eccentric, aging father and stepmother (Emma Thompson) in New York. They are soon joined by financially successful Stiller who lives in LA. Soon we see the problematic family dynamics and tensions for all they are.

The intra-family conflicts lend to the comedic narrative with just the right touches of drama to keep it real. It may seem that dysfunction can never be unraveled, but you feel somehow the Gordian Knot will be resolved.

The scenes tell all when Hoffman is struggling to survive. This family may seem broken to some and all too familiar to others, but overall, it transcends those distinctions to become a melancholic/comedic work of pleasing proportions.

The humor can be quite subtle, but the material challenges Sandler and Stiller into some of their best performances as actors especially since Hoffman is in the mix chewing up his role - with relish!