Kick with Vick and watch a flick in November 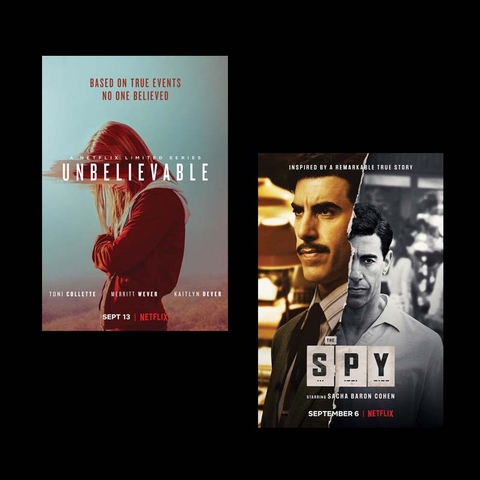 Unbelievable: I nearly dismissed this series until I saw Toni Colette played a lead role. She has had my attention since Muriel's Wedding as she continues to evolve in roles that challenge and expand her range.

This time, she is a lean and seasoned detective teaming up with a younger female detective (Merritt Wever). They are investigating an elusive serial rapist with victims spread over time and locations.

What makes this series different is the unflinching attention of the script to the survivors of the attacks and what happens to their lives and personalities. The most incredible focus of the series concerns a victim (Kaitlyn Dever), a struggling and underprivileged girl who becomes abused by the system once doubts arise on the veracity of her initial rape story.

We feel a gamut of emotions and opinions as we watch Dever go through the tortures of what can happen to victims long after the sexual attack, and it challenges our assumptions of fault.

It would have been very easy with subject matter like this to appeal to the more lurid and explicit aspects, but instead, the series stays grounded in empathy and justice.

You may wish to binge on the episodes a bit initially because the timeline can seem somewhat disjunct until you have some familiarity with it.

I want another season with Colette and Wever on the case.

The Spy: I started watching this Netflix production and could not keep the character of Borat from my mind every time Sacha Baron Cohen said a line. That image quickly faded as the true-life personality of Eli Cohen, an Israeli clerk recruited by Mossad to become a spy in Syria, was projected. I did not doubt by the end that comedy has given him the chops needed to handle this role.

This agent, posing as a Syrian businessman, first in Buenos Aries in Argentina and later inside Syria was feeding military intelligence back to Israel, allowing pre-emptive strikes when needed.

But the undercover life Cohen’s character has its incalculable costs. His family time suffers as well as his ability to compartmentalize the Syrian personality he develops to survive in such a dangerous environment.

The cast of actors is ideal, but the charismatic persona of Cohen carries this series. It reveals the sacrifice of this real spy who astoundingly burrowed his way upward into the highest Syrian social, political and military levels.