Lions and tigers and gays, oh my! 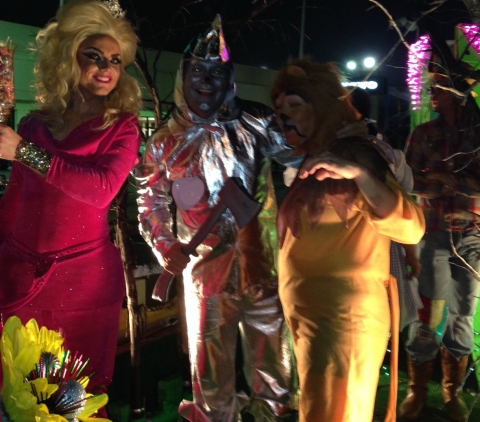 Oklahoma City, OK, – OKC Pride has taken third place in the 7th Annual Oklahoma Gazette Ghouls Gone Wild Halloween Parade. Along with the honor of producing one of the parade’s best floats comes a commemorative trophy, $250 in cash and free advertising in the Oklahoma Gazette.

Kindt Myers, president of OKC Pride, said placing among the top floats at the parade is the organization’s way of letting Oklahoma City get a glimpse of what to expect at next year’s OKC Pride Parade.

“Our board of directors was very clear that we wanted to create something special with this float,” he said, adding that it took dozens of volunteers many, many hours to create the Wizard-of-Oz-themed float.

“We want everyone to see that OKC Pride is about coming together, being a part of our city’s heritage and having a really good time doing it.”