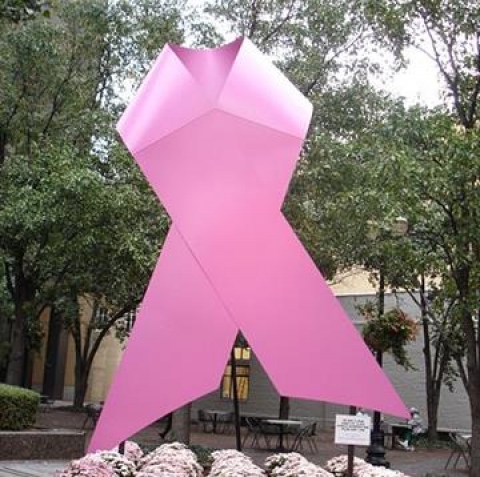 New cancer drug study technique speeds answers if a drug is effective, or a dud. Photo by Jason Meredith / CCA 2.0.

San Antonio (AP) — A novel way to speed the testing of cancer drugs and quickly separate winners from duds has yielded its first big result: an experimental medicine that shows promise against a hard-to-treat form of breast cancer.

The method involves studying drugs in small groups of people and using advanced statistical techniques to analyze the results as they come in, instead of waiting for all the data to arrive.

Whether the drug, veliparib, ever makes it to market remains to be seen, but it has shown enough potential to advance to final-phase testing aimed at Food and Drug Administration approval.

Bringing a new cancer drug to market usually takes more than a decade and tests in thousands of patients, and costs more than $1 billion. Companies can't afford many studies like that, and patients can't wait years for potentially life-saving new medicines, said Don Berry, a biostatistician at the University of Texas MD Anderson Cancer Center.

Researchers testing a drug usually don't see results until they're all in, to prevent biasing the study. But several years ago, an unusual partnership decided to try a new way. It involves the National Cancer Institute, the FDA, drug companies, dozens of cancer research centers and charitable foundations.

The study, called I-SPY 2, puts small groups of women on experimental drugs or combinations, then gives them surgery to see what effect the medicines had. The best result is a complete response, where no signs of cancer remain.

Each patient's results are analyzed as they come in, and advanced statistical methods are used to calculate probabilities that the drug would help in various situations, depending on which women had a complete response.

"This allows us to learn and adapt from each patient as the study goes on," and results on early participants guide treatment that later ones get, said Dr. Hope Rugo of the University of California, San Francisco. When enough evidence indicates a high probability of success, the drug "graduates" to final-phase testing.

On Friday, Rugo gave results on veliparib, the first of seven drugs being tested. It is made by AbbVie Inc., a North Chicago, Ill., company recently spun off from Abbott Laboratories. It is in a new class of experimental medicines called PARP inhibitors, which target an enzyme cancer relies on to grow.

The I-SPY 2 testing suggests that adding the chemotherapy drug carboplatin and veliparib to usual chemo before surgery improved outcomes for women with "triple negative" breast cancer — tumors that are not fueled by estrogen, progesterone or the gene that the medicine Herceptin targets.

Up to 20 percent of breast cancers are this type, and they are more common in young women, blacks and Hispanics, and women with certain breast cancer gene mutations.

Researchers were able to determine the drug's potential after tests in only 71 women and just six months of treatment. They calculated that tests of only 300 women with triple negative tumors are needed to give a definitive answer, and that the drug has at least a 90 percent probability of success in such patients. If more types of cancer are included, the probability of success drops to 55 percent.

The results show that "we can get early reads on something that is worth pursuing" and bail quickly on treatments that don't help, said Dr. Carlos Arteaga of the Vanderbilt-Ingram Comprehensive Cancer Center.

Veliparib has now graduated and is eligible for testing in a definitive study. It's not known how long that would take, but it surely would be shorter than the several years that traditional testing requires.

FDA officials have said that in certain cases, complete responses can be considered a basis for conditional approval of a drug, as long as follow-up tests are done after the product is on the market to prove that it indeed is improving survival.

Last week, another company participating in the I-SPY 2 study, Puma Biotechnology Inc., said its experimental drug neratinib had also graduated and would enter a definitive study. Results of the early testing will be presented at a cancer conference next year.

The San Antonio meeting is sponsored by the American Association for Cancer Research, Baylor College of Medicine and the UT Health Science Center.