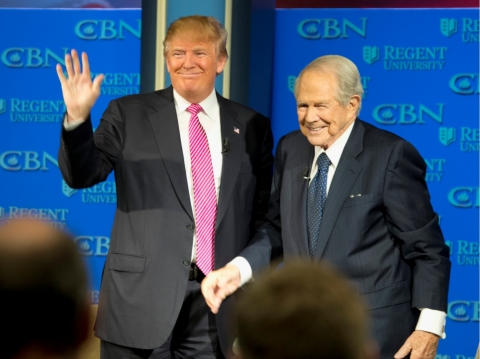 It probably was inevitable that ultra-conservative, anti-LGBT ministers would say something like, “The attack on the homosexual nightclub in Orlando was God’s wrath against gays. These comments are starting to be seen, and are being condemned in the communities where this outbreak of hatred occurred.

In Johnson City, Tennessee, Pastor Jesse Price of Beech Cliff Pentecostal Holiness Church, Johnson City, Tennessee displayed the message “God’s wrath may be getting started to fall on the gays.” Interestingly, Rev. Price says that the sign should not be seen as offensive to gay people, according to Towleroad.com.

WBIR-TV says that the message has been torn down since its posting, but the pastor says he plans to replace it.

It doesn’t just happen in rural Tennessee though. Towleroad earlier in the week reported that, “Earlier this week, approximately 100 protestors gathered outside the church of the Sacramento pastor who praised the massacre at Orlando gay nightclub Pulse.

“Pastor Roger Jimenez gained nationwide notoriety after uploading a sermon of his to YouTube on the Orlando massacre in which he equated gay people to pedophiles and said he wished more people had been slain.” Rev. Jimenez is pastor of the Verity Baptist Church.

The Washington Post expanded on Jimenez’s remarks: “’People say, like: ‘Well, aren’t you sad that 50 sodomites died?’ Jimenez said, referencing the initial death toll in Orlando, which authorities later clarified included 49 victims plus the gunman. ‘Here’s the problem with that. It’s like the equivalent of asking me — what if you asked me: ​Hey, are you sad that 50 pedophiles were killed today?’

“’Um, no, I think that’s great. I think that helps society. You know, I think Orlando, Fla., is a little safer tonight.’

Jimenez’s remarks were roundly condemned by both faith and lay leaders.

“Jay Brown, spokesman for the Human Rights Campaign, told The Washington Post that there is ‘nothing whatsoever Christian’ in the pastor’s sermon.”

Apparently wanting to be on the record about what he thought of the worst mass shooting in US history, Evangelist and TV Celebrity Pat Robertson chimed in on the subject. Snopes.com reports that the often outspoken host of the 700 Club said on his show, “’We’re looking at a favored group by the left, the homosexuals, and that in Islam is punishable by death or imprisonment or some sanction, so what are the left going to do?….

“’In the meantime, Donald Trump is riding high because he said we should screen these people and he’s absolutely right. We should screen them. So the left is saying, ‘Oh you’re anti-Muslim, you’re racist’ and all this. Suddenly, that part of the narrative doesn’t play too well and they’re stuck as to what to do. But Trump is enjoying a victory.’”

He suggested that those who disagree with "the left's" policies should sit on the sidelines and "let them [Muslims and gays] kill themselves."