Hate the sin not the sinner? No, hate the hate 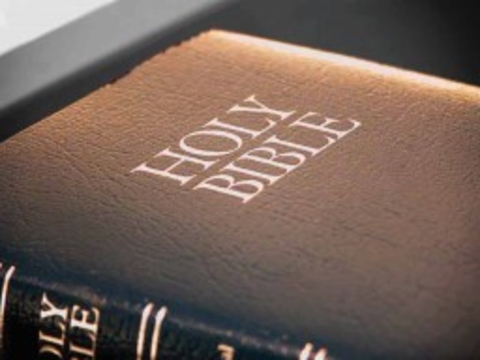 "African Americans need to use their hearts and not their fear," says columnist Mahkesha Hogg.

Growing up in a black Baptist church I have heard “Hate the sin not the sinner” so many times. But really they are saying, “We want to hate you, but we are going to be polite and say we hate the sin.”

Many black people have heard those words too many times, which is why so many black people cannot accept the lives of LGBTQ people. To them, homosexuality is a sin and so is being LGBTQ. Black people have always tended to cling to religion (particularly Christianity) because the slaves were forced to learn and embrace it.

Religious African Americans have the attitude that if it’s in the Bible, then it’s true. Well, they need to have true Bible study, and they will find out that the word homosexuality wasn’t added into the King James Version until the 1950s. The word abomination doesn’t exist in the original language that was used when the Bible was written, which was Aramaic. I have been studying theology for some years, and what I have found out has blown my mind.

African Americans need to use their hearts and not their fear. That fear [of going to hell] caused my church friend to go in front of the church to have gay demons cast out of him. This was the moment where I questioned the philosophies of the Baptist church.

I was 14 when I witnessed them trying to pray the gay away. This was traumatic and horrifying. They brought him down in front of the church for “healing”. What this told me was that they didn’t actually mean ‘love thy neighbor as yourself,’ and that they were judging when they shouldn’t judge. Most of all, it taught me that they were hypocrites.

When black LGBTQ youth see this, they automatically either start to hate themselves and feel unworthy, or they believe in the lie that their gay can be prayed away. They feel that they will never be able to bring their partner or spouse to that church. They learn that doing what’s natural is a sin and that people hate what comes naturally to them.

My friend is in his late 30s now. He is still gay and has left that church in which he was a talented musician, singer and choir director (by the way, in my experience, almost every church choir director is gay).

It’s time for straight black people to look at their brothers and sisters as great people who just happen to love differently than they do. It is time for the young LGBTQ kids that sit in the pews every Sunday to not hear hate and fear-mongering. It is time for us African-Americans to hate the hate.