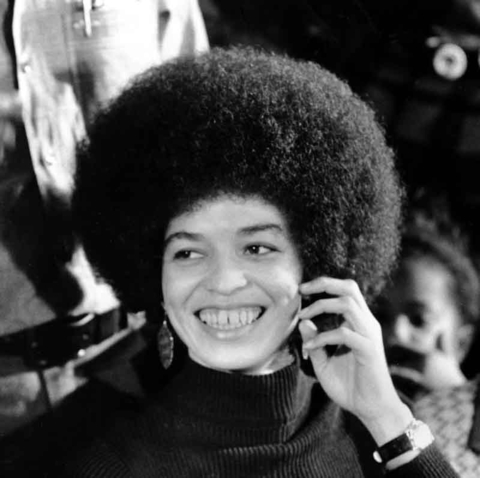 Political activist Angela Davis identified herself as a lesbian in 1997. AP Photo.

There are demands by activists and historians that California follow its own law and clearly include the contributions of LGBT+ people throughout history. Thursday night, the commission reviewing textbook showed they were listening.

Controversy over the contents of textbooks is nothing new, particularly in the South. Texas has long demanded that textbooks follow their view of history, social studies, science and in particular, biology. The fact that Texas bought millions of textbooks made it likely that many other states bought the same texts.

California in 2011 was the first state, and still the only one, to require teaching about the contributions of lesbian, gay, bisexual and transgender people. Now, the state’s Department of Education is preparing to update textbook recommendations for the first time since the passage of that law, according to the Associated Press. 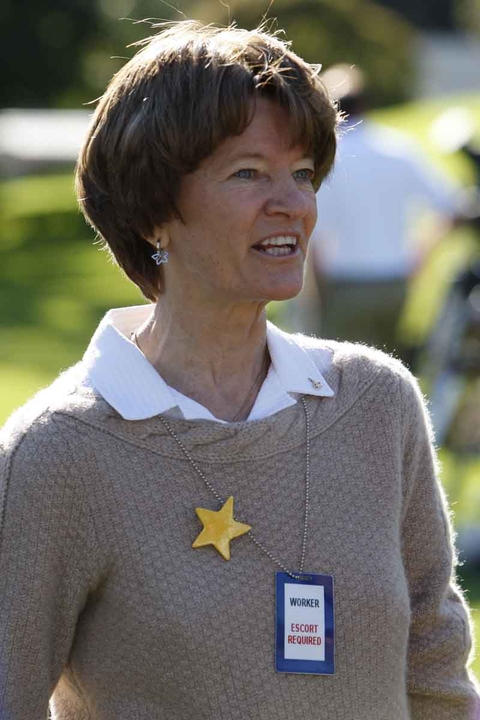 Astronaut Sally Ride was in a loving relationship with another woman for 27 years. Pablo Martinez Monsivais, AP.

“A coalition of LGBT rights groups said the books should not merely include a token reference to San Francisco civil rights icon Harvey Milk but integrate the contributions of gay, lesbian, bisexual and transgender people throughout history. They also said the books should point out when historical or cultural figures had same-sex partners, like astronaut Sally Ride, Jane Addams, who is considered the mother of social work, entertainer Ellen DeGeneres or tennis champion Billie Jean King,” says the AP.

"’It's not something to appease a particular part of the population but to truly include inclusive history throughout grades K-8,’ said Renata Moreira, executive director of Our Family Coalition, an LGBT advocacy group in the San Francisco Bay area.

A state commission weighed which of 12 history and social science texts to recommend for pupils in kindergarten through eighth grade.

“The coalition wants two of the books to be rejected and a third be turned back unless the publisher agrees to make substantial changes. Seven others were recommended for approval with minor changes while two were deemed adequate in their current form,” according to the AP report.

The panel acted on Thursday, accepting 10 “families” of textbooks after dozens of changes requested by the LGBT+ groups and Hindus. They rejected two familiies of texts after the publisher submitted more than 1,000 pages of changes. The process at this point should include only minor edits.

The law to include LGBT+ contributions to history met with controversy in 2011, and since, including a failed effort to put the question to voters.

As recently as 2016, Breitbart News was beating the drum of opposition, writing, “California is the first state to adopt the LGBT rights agenda formally into its public schools, as part of a new history and social studies curriculum that will reach children as young as the second grade.”

The Breitbart article quoted Peter Wood, president of the National Association of Scholars (NAS) who said, “The whole idea that social science or history could be taught in a manner that does not reflect adversely on groups of people is absurd.”

The NAS was “founded to confront the rise of campus political correctness,” according to its website.

The problem isn’t how a group is depicted. It is whether or not the group is mentioned at all.

“Before the LGBT mandate was added, California law required schools to teach about women, African Americans, Mexican Americans, entrepreneurs, Asian Americans, European Americans, American Indians and labor. The Legislature over the years also has prescribed specific lessons about the Irish potato famine and the Holocaust, among other topics,” the AP report continued.

“New textbooks will also add lessons on financial literacy, voter education, genocide and the contributions of people with disabilities.

“Updating the recommendations will expose students to the latest research and ensure that they are learning about the history and struggles of groups that have been downplayed or left out entirely from history books,” Bill Ainsworth, a spokesman for the California Department of Education told the AP.

The LGBT+ community largely falls into the “left out entirely” category of history books.

The conclusions of the commission need to be ratified by the state Board of Education. School districts aren’t required to use the approved textbooks, but the instructional materials must comply with the requirements of the law requiring inclusive depictions of LGBT+ Americans.