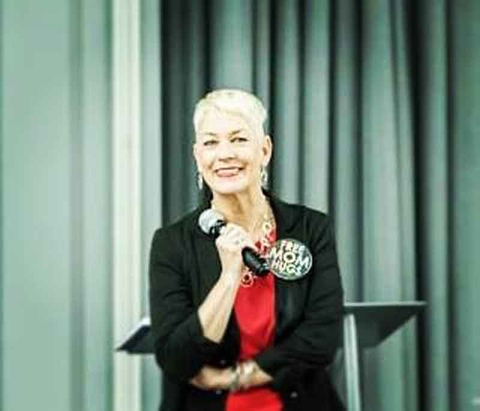 After LGBT+ ally/advocate Sara Cunningham told The Gayly said “I’m a Christian, the mother of a gay son, living in the state of Oklahoma, and I’m saying, ‘Enough is enough’,” the LGBT+ community focused on an anti-transgender video scheduled for November 3.

The video, titled Transzformed: Finding Peace With Your God-Given Gender, promoted stories of 15 “ex-transgender” people and testimony by “experts”, was sponsored by Oklahoma City based First Stone Ministries (FSM). It was to be shown Friday, Nov. 3.

But after public outcry about the video, the showing has been cancelled.

In it, Black said calling the video “soul-crushing” was false and referred to the article as “fake news”. He took a swipe at Cunningham, who is a Christian, by saying FSM members are “devoted Christians, (not in name only).” He also said that Cunningham “has chosen a revisionist view of ‘Christianity’ over orthodoxy regarding human sexuality”.

Without knowing Cunningham’s beliefs, or the journey she took in dealing with her son’s coming out, he said, “She must believe that to really love and have a relationship with her son, she cannot revere God’s holy Word as it is written.”

Cunningham, known for her “Free Mom Hugs” campaign, and trans activist and Gayly columnist Kira Wertz, visited leadership at NewChurch , where the video was to have been shown.

Wertz wrote in Facebook, “Sara and I met with the leadership at New Church regarding the anti-Trans film that was scheduled to be shown there. As I understood it, the church didn't necessarily take issue with the film, but apparently took issue with a Q&A that the film promoter (First Stone Ministries) wanted to perform after the viewing. That apparently lead to the termination of the event. Thankfully this means the Protest doesn't need to take place.”

She continued, saying the community needs to have continued vigilance, because FSM has said they want to reschedule the screening.

Cunningham said, “I’ll keep the posters at the ready. I have a feeling we’re not done with them yet.”