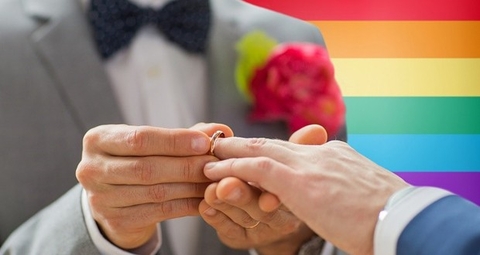 HAMILTON, Bermuda (AP) — The Senate in Bermuda gave final legislative approval Wednesday to a measure that would end same-sex marriage in the British island territory and allow only domestic partnerships.

Senators approved the Domestic Partnership Act by an 8-3 vote. The House of Assembly approved it 24-10 on Friday. It must now be signed by the governor before it becomes law in the Atlantic ocean territory.

A Supreme Court ruling in May made same-sex marriages legal in Bermuda amid opposition on the socially conservative island. The ruling Progressive Labor Party took up the matter after winning power in the July election.

Opponents of the legislation said that it would be unprecedented to strip the right to same-sex marriage after it had been granted in a jurisdiction and that global reaction could hurt the tourism industry. They said it is discriminatory because same-sex couples would have only the option of domestic partnerships while opposite-sex couples could choose between marriage or a domestic partnership.

"This bill in its simplest forms strips away rights from human beings," opposition Sen. Nandi Outerbridge said before the vote.

Ruling party Sen. Crystal Casesar defended the bill, saying it would codify the rights of domestic partners, something the Supreme Court did not do in its ruling and acknowledges the reality of public opinion on the island.

"Society largely does not support same-sex marriage nor is it prepared to accept it at this time," she said.