My mind swirls with fear 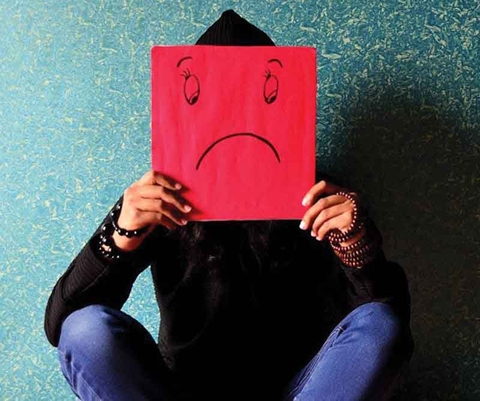 This column has been challenging for me to write this month. I wonder how many of you have been thinking about our nation and world since the election in 2016. I hope my words connect with you as we continue into 2019 with a variety of concerns that stem from our state and federal government.

I recall the day after the last Presidential election and how it made me feel. I was worried, scared and fell into a few weeks of anxiousness after hearing Trump was elected. My concern was not about political party. It was solely based on the previous few years of campaigning and how Trump appeared to divide our nation with his words.

We watched and heard his campaign in a way we have never seen in history. I am 55 years old, and I have seen many Presidents come and go.

My earliest memory is President Nixon and the famous Watergate. I don’t recall much about President Ford except for his 895 day-long presidency is the shortest in U.S. history for one who did not die in office.

President Carter and his famous peanut farming stories amused me a youngster. President Reagan was known for his charismatic impact on our nation and world from 1981-89. The first President Bush stepped up from being Vice President and served for one term, and I guess I was busy being a new dad and didn’t pay much attention to his term.

President Clinton came in with a bang and reminded me of Reagan. He was charismatic. Maybe a little too friendly when it came to tabloid and news reports during his eight years in office. The second President Bush followed, and we can’t forget the 911 tragedy that occurred along with a war that followed during his two terms.

President Obama was the first black president, and his two terms was an exciting time in our nation. I was amazed by how his fearlessness to give minorities a voice. This man was important to me as I came out of the closet in 2013 and felt that Obama was leading by example on how to treat minorities properly. He was not perfect, but I felt connected to him.

Presidents have always played a role in my thinking as I’ve grown to age 55: some good, some indifferent and some not so good. Honestly, the political party doesn’t even matter to me.

Two years ago, my heart sank as I watched the inauguration of President Trump. It sank over my fears and concerns of what the next four years would look like under his leadership.

Over the past two years; I have watched this man divide our country in frightening ways. His communication style is unprofessional. He doesn’t think before he speaks and appears to have no filter verbally and on social media. He blames his past/present staff, media and other politicians for everything. I am worried about how our young people see him and how some will copy his behavior.

His recent decision to shut down the government until he could secure funding for his campaign promise of building a wall brought me to this column. I watched his prime-time address on January 8 and was amazed by his use of fear in his speech. Fear is a style of communication that is often used in persuasion. I found myself in fear of what would happen next in our nation.

Would the government shut down have a long-lasting impact on us all? Would his campaign promise to build a wall be more important than our economy? Would he declare a national emergency on the southern border?

My mind swirls with questions, fears, and anxiety under Trump. This fear has caused me to have trouble focusing and staying positive. This article comes out in February, and I pray the government is open and we can see silver linings again.