A bill criticized as 'anti-transgender' died in South Dakota, but more are up for consideration in other states 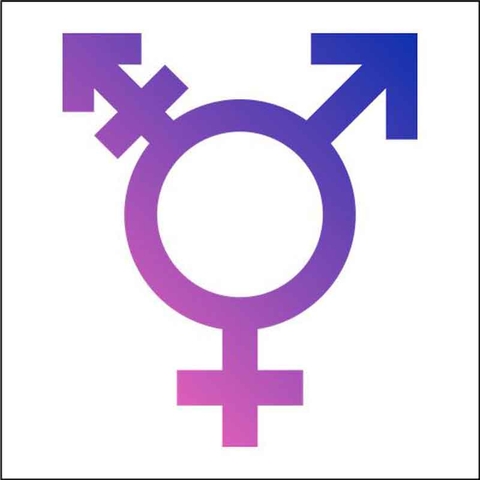 But civil rights groups say they are still watching other states for bills that pose threats to transgender people.

With HB 1225, South Dakota lawmakers attempted to override a current policy in the state that lets students participate in sports "in a manner consistent with their gender identity." The bill's sponsor, Rep. Lee Qualm, said its goal was to ensure students don't try to gain an unfair competitive advantage by lying about their gender.

HB 1225 was one of four bills concerning transgender youth that South Dakota lawmakers introduced this legislative session. None of them passed.

Other states are considering bills that advocates say would negatively impact transgender people just as the South Dakota proposals would have.

Here's what they are:

Restrictions on single-sex facilities such as restrooms

Since the repeal of North Carolina's HB 2 -- the first law to forbid transgender people from using restrooms based on their gender identity -- civil rights groups say lawmakers are attempting new ways to restrict public accommodations access.

Two bills introduced in Tennessee would amend the definition of indecent exposure.

Right now, Tennessee's definition of indecent exposure does not include offenses in public restrooms, locker rooms or other single-sex facilities designated for multiperson use.

In fact, a section of the existing law says a public place does not include "enclosed single sex public restrooms, enclosed single sex functional showers, locker or dressing room facilities" to guard against false accusations that could arise in an environment where people's genitals tend to be visible.

House Bill 1151 and Senate Bill 1297 would expand the current law to include incidents in such public facilities if the offender "is a member of the opposite sex than the sex designated for use."

Moreover, the bills would amend the criminal code to say that a diagnosis of "gender dysphoria, gender confusion, or similar conditions ... does not serve as a defense to the offense of indecent exposure."

Rep. John Ragan, sponsor of HB 1151, said the proposed law simply expands the places where indecent exposure can occur. It also ensures that gender dysphoria does not have equal footing as an insanity defense for the purpose of defending oneself, he said.

"This is not anti-transgender unless the transgender person is committing indecent exposure," he said.

Critics of the proposals say they could criminalize transgender people who use public restrooms.

"If a transgender man goes into a men's room, he could be charged with indecent exposure and would not be able to use the fact that he's transgender as a defense." said Reg Calcagno, a state advocacy strategist with the American Civil Liberties Union's Out For Freedom Team.

"It's a new way of doing single-sex restrictions around facilities," Calcagno said.

Another proposal in Washington state would update its indecent exposure law in a similar way.

House Bill 2088 would make a person guilty of indecent exposure if a person is a "biological" male or female and "intentionally makes any open and obscene exposure of his person in a restroom facility that is designated for use by the opposite sex.

Support is building in several states for religious exemptions that would let businesses, government employees or contractors refuse to provide services that conflict with their religious beliefs.

Opponents of the exemptions say they impact anyone who does not subscribe to a particular group's religious beliefs, not just transgender people. A recent case in South Carolina involved a faith-based child welfare agency that turned away a Jewish woman who wanted to mentor children in foster care.

One bill introduced would prevent a government entity from punishing a religious organization for declining to provide treatment, counseling or surgery related to "sex reassignment" or "gender identity transitioning."

Another bill in Texas concerns the gender identity of children in custody cases.

House Bill 1910 would allow the court to disregard whether a parent or guardian acknowledges -- or declines to acknowledge -- a child's gender identity in decisions regarding custody.

The bill would also preclude the court from terminating the parent-child relationship based on evidence the parent acknowledges or declines to acknowledge the child 's gender identity or expression.