How Elton John shook up the music world -- and beyond 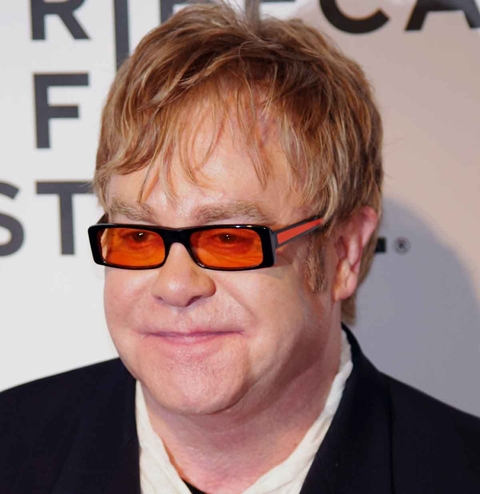 James Baldwin once said, "Artists are here to disturb the peace." And what truly disturbs the peace is being unapologetic in exactly who you are -- especially when it bucks the so-called norm. Whether it's Frida Kahlo imploding the art world with her groundbreaking work; Toni Morrison owning her blackness and never caring about the "mainstream" gaze; or the legendary Elton John, who shook up the music world, with his talent and fearlessness; their impact is undeniable.

These artists are revolutionaries in their own right and Sir Elton John's biopic Rocketman, which is in theaters now, holds no punches with nothing sanitized.

Directed by Dexter Fletcher and starring an unforgettable Taron Egerton as John, the film smoothly packs the icon's dynamic life and career into two hours. For 50 years, Elton John, born Reginald Kenneth Dwight in 1947, has put a spell on people. Growing up in a time where queer (in his time it was "homosexual," then "gay," then "LGBT" and now we've landed at "queer") was considered a mental disorder by the DSM-II (the American classification of mental disorders), John had little to no affirmations.

Instead of hiding, he became bolder, louder and flamboyant in the best way possible. As John was growing up in England, the Lavender Scare -- when the federal and state government fired thousands of American citizens for even a suspicion of being queer -- was in full force in the United States. Many were forced by their families or doctors to undergo electric shock treatment or violent conversion therapy.

In one scene, his mother, played wonderfully by Bryce Dallas Howard, says he will never be "properly loved" after he reveals he is not heterosexual. John officially came out as bisexual in a Rolling Stone interview in 1976 and publicly said he was "comfortable being gay" by 1988. But the fear of not being "properly loved" haunts many queer people -- Rocketman is truly about the incessant fight for love.

Sadly, so many people in 2019 still see the LGBTQ community solely through the lens of the act of sex.

For example, Russia edited out same-sex scenes from Rocketman and a final image of John with his husband and his children.

Even our elected officials, such as Vice President Mike Pence, whose discrimination against the LGBTQ community has been on full display, prove the journey is still long in 2019.

And even in allegedly progressive New York City, the reportedly only black-owned gay bar in Harlem had its rainbow flags set on fire this week. The fight for love is threatening.

In 2019, being unapologetic with your identity is still a disturbance. Whether it's demanding that Black Lives Matter, being a proud immigrant in a "build that wall" country, serving in the military but being banned because you are transgender, or a woman who believes the government should not colonize her health. Not being the "norm" is a disturbance.

As I watched Rocketman, especially as we go into Pride Month, I thought of the progress we've made and was once again reminded of the delicate nature of our freedoms.

Sure, two men kissing or being intimate on screen is nothing new. Oscar winning films from Brokeback Mountain to Moonlight have broken ground. Nonetheless, it's still a revolutionary act to see people who aren't heterosexual show affection on screen. For decades, it was an image I never saw.

That said, considering how civil rights are being rolled back, could we go back to a time where loving someone of the same gender is illegal? Whose rights are up for grabs?

The negative connotations behind the meaning of "natural law and natural rights" could be a direct threat to queer people who are black, white, rich, poor, undocumented, or living in so-called "middle America."

Pompeo told reporters Thursday that it's "an important review of how we think about human rights inside of our efforts in diplomacy," focused on "how...we make sure that we have a solid definition of human rights" to help guide diplomats "on those important issues." The State Department has declined to comment further. On Friday, Trump became the first Republican president to acknowledge Pride Month, even as his administration has worked to roll back civil rights protections for the LGBTQ community.

As I wrote in June 2016 for CNN.com, when Trump was campaigning -- and winning -- on as much hate as possible, I was keenly aware as a black gay man there is a possibility of the threat of violence.

I am hyper-aware of my surroundings, even while living in (supposedly progressive) New York City. I am terrified to hold a man's hand on the street. I am afraid of the possible repercussions of giving a simple peck on the cheek, and, despite demands to be "out and proud," I empathize with people who are petrified to live an open life and admire those who are fearless like Sir Elton John.

Rocketman is the perfect kickoff to LGBTQ Pride Month. But Elton John is a one-in-a-billion story. Think of all the artists we've lost or never had the chance to experience because they refused to conform. We shouldn't have to be exceptional to be accepted.

Clay Cane is a Sirius XM radio host and the author of "Live Through This: Surviving the Intersections of Sexuality, God, and Race."