Fired for being transgender: The fight for LGBTQ workers' rights 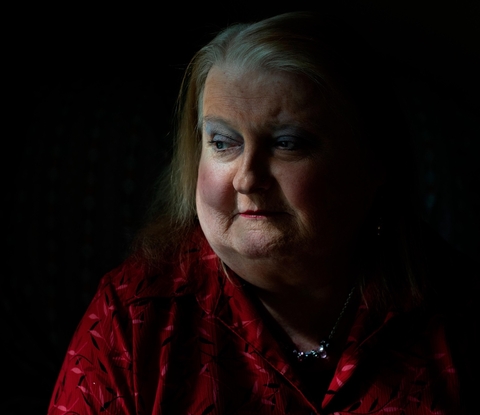 It took Aimee Stephens several months to write a letter to her boss explaining that she was a transgender woman and planned to start coming to work as her true self.

She had been working as a funeral director and embalmer for RG & GR Harris Funeral Homes in Garden City, Michigan, for almost six years. She loved her job, but didn't want to hide who she was anymore.

She agonized over what to say in the letter, wrote several drafts and sought input from her therapist. Finally satisfied, she handed the letter to her boss in the summer of 2013.

"He read it, he folded it up and put it in his pocket," Stephens recalled in an interview with CNN. "And basically stood up and walked away."

She was fired two weeks later.

Stephens filed a complaint with the Equal Employment Opportunity Commission, which then sued the funeral home claiming that firing Stephens for being transgender was unlawful sex discrimination based on her employer's sex- or gender-based expectations.

"I was proposing to go from being a man in a suit to a woman in a dress and they couldn't handle that part," Stephens said.

Her boss stated that he fired Stephens because she "was no longer going to represent himself as a man" and "wanted to dress as a woman," court papers show.

The funeral home had a dress code that required male funeral directors to wear pant suits and women to wear skirt suits.

According to court documents, her boss believed that authorizing Stephens to wear the uniform for female funeral directors would make him complicit "in supporting the idea that sex is a changeable social construct rather than an immutable God-given gift."

"The goal is to help family and friends of deceased to get through the grieving process," said John Bursch, senior counsel and vice president of Appellate Advocacy at the Alliance Defending Freedom, a conservative religious group representing the funeral home.

The company also worried Stephens' transition would distract customers. "If a funeral home employee looks one way one day and a different way another day, when the family comes in later, that is taking the focus off the grief and onto the funeral home," said Bursch.

The Sixth Circuit Court ruled in favor of Stephens in March 2018, saying that the funeral home engaged in unlawful discrimination against her on the basis of her sex in violation of Title VII of the Civil Rights Act of 1964.

The funeral home has since appealed the ruling and the Supreme Court is set to hear the case later this year.

The funeral home said it appealed the decision because it claims it is being punished for a change in federal law that it could not have anticipated. "Businesses should be able to rely on the meaning of laws as they are written, not subjected to the whims of a court imposing its policy preferences after the fact," said Bursch.

By agreeing to hear Stephens' case, in addition to two others this fall, the Supreme Court is set to determine whether sexual orientation and gender identification are considered protected classes under Title VII of the 1964 Civil Rights Act.

That law prohibits employers from discriminating against employees on the basis of race, color, sex, religion and national origin.

But lower courts have been split on whether the law bans discrimination based on sexual orientation or gender identification.

The EEOC is the government agency in charge of enforcing federal workplace discrimination laws. Its website currently states that it: "interprets and enforces Title VII's prohibition of sex discrimination as forbidding any employment discrimination based on gender identity or sexual orientation. These protections apply regardless of any contrary state or local laws."

The president appoints the members of the EEOC, which currently has three openings, including the general counsel position.

Currently, 21 states and the District of Columbia prohibit discrimination based on sexual orientation and gender identity, according to the Human Rights Campaign. Companies have also stepped up protections: 85% of the Fortune 500 have gender identity included in their nondiscrimination policies. In 2002, that number was just 3%, the HRC found.

The patchwork of legal protections can leave some workers feeling like they're in limbo and sometimes fearful of representing their true selves in the workplace.

A 2018 HRC report found that nearly half of LGBTQ workers aren't out at work.

"People are at real risk of employment discrimination when there aren't clear laws in place," said Sarah Warbelow, legal director at the HRC in Washington, DC.

Having to hide who you are can take a major psychological toll, she added.

For Stephens, it was nearly fatal. One fall night in 2012 she says she walked outside her home and put a gun to her chest. "I stood there with it pressed into my chest for nearly an hour," she tearfully recalled. "But I couldn't bring myself to pull the trigger. I realized I liked me too much."

That's when she decided to write the letter.

Fear of being discriminated against or being treated unequally prevents many LGBTQ people from coming out at work, according to Warbelow. The HRC report also found that 53% of LGBTQ workers have heard jokes about gay or lesbian people at least once in a while at work.

"You can imagine that just drives people to be more closeted," said Warbelow.

Workplace harassment and discrimination can come in many forms. Sometimes it comes in the form of blatantly offensive comments, but more subtle actions by managers and coworkers can also stall career growth.

"When it comes to those bad apples, unfortunately they can be very creative in how they make somebody's life absolutely miserable in the workplace," said Warbelow.

Workplace harassment and discrimination for being gay is a scenario Scott Phillips-Gartner says he experienced firsthand.

He'd served in the Norfolk, Virginia, fire department for nearly three decades. After starting as a 911 dispatcher, he worked his way up to become an assistant fire marshal and a senior member of the city's bomb squad.

"I love my job. Up to the end. I loved it. I've loved going to work. I was always excited and there was always something there for me," Gartner told CNN.

But he says things started to change when he got married in 2014 and added his husband's name to his personnel records.

After filling out the paperwork and providing a marriage certificate, Gartner alleges his supervisors at the fire department started to treat him differently.

Up until then, only a few close coworkers knew Gartner was gay. In a lawsuit filed against the city of Norfolk in 2018, Gartner claims that throughout 2015 he was routinely subjected to verbal attacks, citing one example of a supervisor asking, "Where is Ms. Gartner?" in a staff meeting. The city denied these claims, according to court documents.

He is suing the city for creating a hostile work environment, gender discrimination and retaliation.

"The offensive conduct of Norfolk was severe and pervasive enough to cause Gartner to suffer humiliation and stress at work, as well as psychological harm that interfered with his job performance," according to the lawsuit.

Gartner filed complaints about the alleged discrimination to the city and the EEOC. Then, he said, the harassment, discrimination and retaliatory conduct got worse.

According to the lawsuit, he was denied training and the ability to maintain work certifications that caused him to lose pay and benefits after he filed the EEOC complaint. The city denied these allegations, court documents show.

After Gartner filed the complaints, the city's human resources department investigated, but found insufficient evidence of violations to the city's anti-discrimination, retaliation or harassment policies. Gartner received a letter dated March 6, 2017 saying his claims were found to be unsubstantiated.

He then received a notice from the fire chief dated the same day. It stated that Gartner was under investigation and being removed from serving as a law enforcement officer for Norfolk Fire-Rescue and reassigned to a temporary facility miles from his usual office.

"There was nothing for me to do. So, I paced the floors."

According to Barry Montgomery, Gartner's attorney, the fire department claims the investigation was prompted by the improper acquisition of a service dog. As part of his duties, Gartner was a bomb dog handler and trainer.

Toward the end of 2017, Gartner said he was given a heads up that he was going to be fired, so he decided to retire early.

"He was basically forced out," said Montgomery.

Leaving the department earlier than Gartner had expected had financial consequences.

"He was with the city for a long time. If he would have gone ahead and worked...until he was 63, his retirement would have been a lot higher," said Montgomery.

After leaving the fire department, Gartner was able to find work as a fire consultant in the private sector.

'An equal playing field for everyone'

Some lawmakers have been trying for years to pass the Equality Act, which would expand federal discrimination protections for LGBTQ workers.

The bill would prohibit discrimination based on sex, sexual orientation, and gender identity in a variety of areas, including education, federal funding, employment, housing and other public facilities.

The Democrat-controlled House of Representatives passed the legislation in May, largely across party lines. The bill is unlikely to get passed through the Republican-controlled Senate.

For now, the existing patchwork of state laws has forced some LGBTQ workers to leave states and cities that don't have clear discrimination protections, according to Warbelow.

"Nobody should be forced to move from the place that they love just to make sure that they have the opportunity to work," said HRC's Warbelow.

"The Equality Act is about creating an equal playing field for everyone, no matter who you are, you should have the ability to earn a living and put a roof over your family's head."