60,800 in OK, KS, sign up for Medicaid despite Fallin’s and Brownback’s resistance 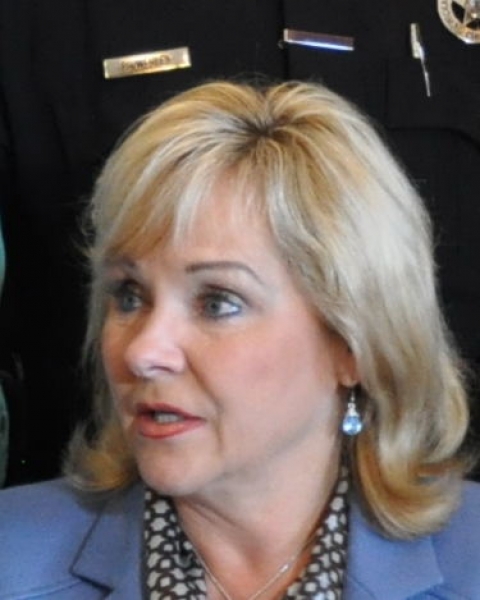 Washington (AP) — States that thus far have refused a federal offer to expand Medicaid are still seeing significant sign-ups for the safety-net program that serves the poor, according to a report Tuesday that raises political and budget implications.

The market analysis firm Avalare Health estimated that at least 550,300 more people signed up for Medicaid through the end of March in 17 out of 26 states that have not yet expanded eligibility for the program under President Barack Obama's health care overhaul. The actual number could be markedly higher since Avalere did not report data for populous Florida.

The catch for these states is that they could be getting billions of dollars more from the federal government if they had expanded eligibility for their Medicaid programs. Instead, the federal contribution for their additional beneficiaries gets determined under a less generous funding formula.

In The Gayly’s region, 38,300 new Medicaid enrollees signed up in Oklahoma, a 4.8% increase. In Kansas, 22,500 enrolled, an increase of 5.7%. Missouri experienced a reduction in Medicaid cases. Arkansas participated in the Affordable Care Act’s Medicaid expansion with an innovative program that purchased health insurance policies for eligible citizen. Texas, which has the highest percentage of uninsured residents of any state, saw an increase of only 3,200 or 1/10th percent.

"I don't think a lot of these states anticipated the kind of enrollment they would be getting," said Avalere CEO Dan Mendelson. "The states are going to have to figure out a way to pay for the increase."

Virginia, where Medicaid expansion has led to a political impasse between new Democratic Gov. Terry McAuliffe and GOP lawmakers, had nearly 37,000 new beneficiaries, a 3.6 percent increase.

Beginning this year, the health care law expanded Medicaid eligibility to people making up to 138 percent of the federal poverty level, about $16,100 for an individual. The goal was to provide coverage for low-income adults with no children living at home.

But the Supreme Court later gave states the right to opt out of that expansion. About half have done so, although some are reconsidering. Oklahoma Gov. Mary Fallin and Kansas Gov. Sam Brownback, are among the governors opposing the Affordable Care act, and refusing to expand Medicaid in their states.

Obama's law calls for Washington to pay the full cost of the Medicaid expansion through 2016, gradually phasing down to 90 percent. However, the federal government contributes a much lower share for the rest of the program, averaging about 60 percent.

The new enrollees in states that have not expanded Medicaid eligibility are people who already qualified for coverage, but had not signed up. They are not eligible for the more generous federal matching rate.

But with the health care law requiring most Americans to have health insurance or risk fines, this group is coming out of the woodwork, the report shows.

Advocates for the poor say states that have not expanded eligibility are already likely to be paying some of the cost of care for low-income uninsured adults. On top that, they will now have dedicate more resources to cover additional Medicaid beneficiaries.

"Unlike the states that have expanded, they aren't seeing any of the benefits of the full federal funding for the newly eligible residents," said Judy Solomon of the Center on Budget and Policy Priorities.