So many billions, so little time 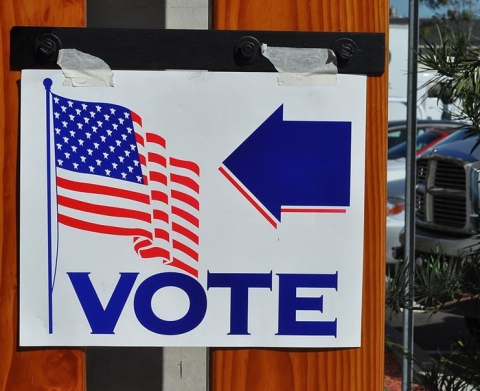 We were sick of politics until we found out many of the GOP candidates want to reverse LGBT rights.

I know politics can cause problems in relationships, but it draws us closer, especially when candidates work against our rights - we work harder together to get pro-LGBT candidates elected!

Could you please explain to people why it's important to vote and protect LGBT rights?

(Live near Wichita - the land of Brownback)

Sick of politics? That’s exactly where I was this time last year! Oh, the shopping and travel I could do on those billions.

But seriously, we must remember the importance of our vote. Even that one single vote – or in your case it’s two. Then you tell two friends, and so on and so on and before we know it, we’ve made a difference; we’ve elected someone different with our amazing advocacy.

While it is unlikely that a singular vote will be a tie-breaking vote, who could forget the 11-vote loss in 2014 in House District 83 of transgender woman Paula Sophia. A crushing blow to the LGBT community.

We here at The Gayly neither endorse or oppose any candidates. We also feel more than just LGBT issues are the important ones, but suggest that voters look at these issues first (see The Gayly February issue, pages 19 & 32 or www.gayly.com and look under politics). From those issues – LGBT issues - we can often get a good read on what we think of a candidate overall and their ideas on various platforms.

Candidates from both sides of the aisle likely have qualities to be both admired and despised.

Another thing that I may wish to remind you of is to look at your election board for dates to register to vote and rules about voting. For example, many people think that if you’ve committed a felony you can never vote again in your life.

Not true. You have to be out of the slammer, of course, but once you are out and have served your entire parole, if any, you may re-register and begin voting again.

Here is another misconception: It’s hard to register to vote. You can easily download the form online from your County Election Board and print it, but you have to sign it and send it in (that’ll cost you 49 cents!). You can also get a form at most post offices, public libraries, or tag agencies.

Voting is important. At these times when we are “knee deep” into politics, I think it’s hard to keep that in mind.

In The Gayly region, we’ll see everybody at the polls either March 1, 5 or 15. From there, here’s to getting through till November. BOOM!

According rockthevote.com, the current generation of young voters is the largest in history and represents more than one-fifth of the electorate.