Not your Nana and Papa’s world 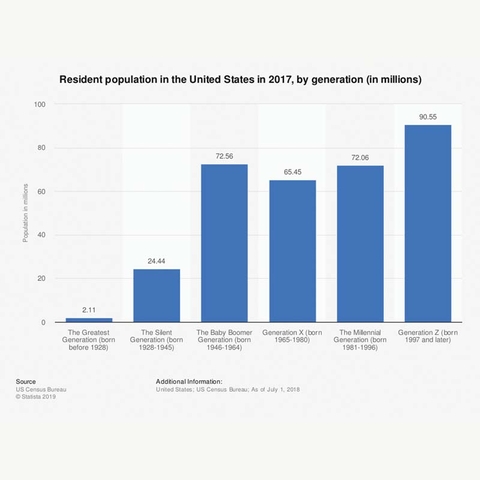 “A whole new world …” may ring a bell with some Little Mermaid fans, but I have noticed that this lyric also applies to the LGBTQ community. The Boomer generation was once known as the mover and shakers in the world, but recently I learned that the emerging Gen Z might be the largest generation of any before.

This fact is both scary and exciting for this 50-something gay columnist. As a child of the 70s, I believe I am open-minded and embrace the new trends in fashion, music, entertainment and even communication trends.

My husband and I met via the popular dating app, and we continue to use the app to make new friends. Recently, we discussed how it seems that the LGBTQ+ community has evolved to use some new communication/friendship models compared to our days in the closet as heterosexual married men.

Heterosexual married Boomer couples may hang out with other couples, but the boundaries between them seem to have an invisible wall. I recall there were certain things I would not do as a straight married man. I would not directly call or meet with the woman in the other couple without the husband present. I would not touch the woman, kiss her, or even give her a big bear hug.

Much of my behaviors came from my Baptist upbringing, and I didn’t want her husband to steal his bride.

I laugh when I compare my years of being a married Boomer to the woman of the popular streaming Netflix program, Grace and Frankie. It features two straight couples that broke up so the two husbands could become a gay married couple. This scenario left the two women out, and they end up living together as straight best friends. Back to my comparison between heterosexual Boomer couples and LGBTQ Gen Z couples.

Bill and I tend to be liberated as we navigate being married and growing friendships with gay couples who range from Gen Z to Boomer. We have found ourselves bear hugging other gay couples when we meet them. We don’t worry about either of us meeting individually with the guys from couples. Yes, we run it by each other ahead of time, but we find it less restricted from when we lived as heterosexual husbands.

We often tell the other couples that we love them. We even have found ourselves giving each other kisses as greetings. These are examples of things that seem new and more acceptable in the LGBTQ Gen Z emerging world.

Gen Z friends have told us that “it’s a whole new world” for their generation, and we are amazed by new communication trends and behaviors that seem to be emerging.

We learned recently about some Gen Z LGBTQ+ couples who have various type of groupings, or polyamorous relationships. Quads and Triads are new to us as Boomers. We learned about a Quad gay group of Gen Z guys, and they seem to have a unique relationship. They all interact with each other in a balanced way in public.

Triads seem to be emerging in both Boomers and Gen Z LGBTQ communities. Triads are a group of three people in a committed relationship. I have noticed Boomer LGBTQ couples often bring in a third member who is from another generation. I wonder if this is happening as some people need emotional/physical support that they may have lacked in the past.

I am considering doing a research study on this topic and hope to uncover data to support my questions about this “whole new world” of what is accepted by Gen Z and what Baby Boomers need to understand.

To my Baby Boomer readers, keep sharing your personal journeys with upcoming generations and remember to listen to them so we can learn and grow as a community. We have so much to share as we show our strength as a community.