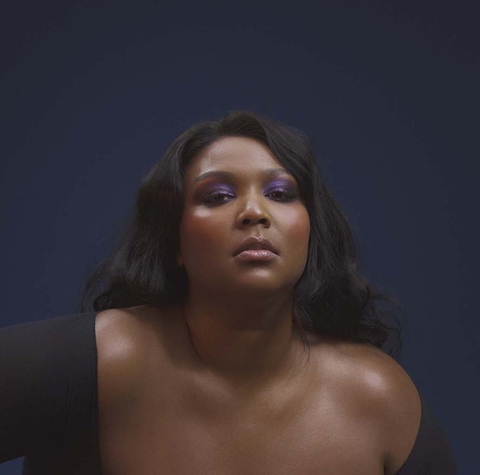 That's how Lizzo opens her Tiny Desk performance at NPR, the first for the singer/rapper and something she said she's been wanting to do for a long time.

And, of course, she killed it.

Lizzo, a self-proclaimed "Lizzbian" whose real name is Melissa Jefferson, opened her performance with Cuz I Love You, the title track from her third studio album. She ends the song by belting out the chorus, holding the notes for longer than we thought humanly possible. It's glorious.

After a brief introspection on relationships, the 31-year-old bounces into Truth Hurts, her sleeper hit from 2017 that just broke into the top 10 on Billboard's Hot 100 this month.

"This desk is so damn small, my thigh barely fit underneath it," she says, wiping sweat off her face before going into her last song of the 17-minute set, Juice, and finally breaking out into a flute solo. Again, it is glorious.

The desk is, admittedly, pretty small. NPR Music started doing these shows in 2008, and the live concert video series has blown up. Indie acts like Foxing and established stars like Adele, Mac Miller, Erykah Badu and T.I. have taken part, creating an intimate performance space reminiscent of a bar set, but with better sound quality.

In NPR's writeup of the event, it says Lizzo's set was one of the most populated it's ever held.

Lizzo dropped her third studio album in April and has experienced a boom in popularity. Not only are her songs on basically everyone's summer playlists, she's caught the eyes of musical mainstays like Rihanna.

There's a reason she's been one of the most talked-about artists of this year. Her Tiny Desk performance -- filled with her trademark transcendent vocals and exclamations about self-love and perseverance -- once again shows why.